25 replies to this topic

Hope everyone had a great Lunar New Year and Valentine's Day

Here are the answers to the questions from the last thread.

Ask us more in the comments below!

Hey everyone! Major testing will start next week on our end of February update! This week were localizing strings on the update and hope to receive the test build on 2/20.
The February update is scheduled to include the following systems.

Is it possible to code/do something with instances to allow transclasses to enter them? :U
So far Geffen Magic Tournament is the only one you can do because the lvl req is 99, but most instances are at least 120+, thus not allowing the entrace.
The self imposed challenge of fighting those instances with transclasses is pretty fun :T

Campitor: We can review this.

Permanent quest for free community headgear, will we get it or not?

any consideration in updating nightmare biolab costumes as enchant stones? only sura and ranger costumes are convertible

Campitor: We will consider this.

To all of RO1 staff
What's your favorite class and why

Campitor: It used to be Gunslinger but more recently I have been in love with all the puns surrounding everyone's dorams.

Astra: WIZARD because I generally love being a caster in... everything

Do you guys still put people to jail? Not ban but that weird room where you can never see the light of day again

Campitor: Generally if you are going to be punished we will ban you. But the jail is still used as a staging area while doing sweeps.

Can we please get the point seller, and mado mechwnic fuel selle at eden too?

Will IRO ever update their UI?

Also some quality of life is nice
-Kafra maids should allow you teleport to atleast the main towns (like izlude>prontera>payon is a waste of time)
-Allow us to trade R.Oridecon in bulk instead of clicking one by one
- ^ same goes for brewers and people creating converters
etc etc etc kek

Campitor: Some of these we can consider. At the end of the money we will be receiving many QoL game system changes that will make life easier for several users.

I have noticed that female sprites have a 0.001 second faster animation delay than their male counterparts. I propose the following to erectify the situation:

- add a 0.001 second boob jiggling physics into the animation.

will we get more mvp card-combo gears this year? if so, how many? (for the sake of surprises i won't ask which ones)

Campitor: I honestly can't until you until we receive them.

Is it possible to rename your pets?
I wanna rename my Smokie to Raphtalia haha

Also, why not use Shady Dealer npc (the cat in eden kitchen) for the permanent community headgear quests

Is there a plan to sell RO related figurine? Like GX, RK figure? Or physical MVP Card for collection?

Campitor: Currently there are no physical merchandising plans that I am aware of. But if you have suggestions please let me know and I will forward it.

Whats that valentines event? Is it a quest to exchange a no effect costume?

Campitor: The Valentines day event went in yesterday. Details on the event can be found here: https://forums.warpp...al-maintenance/

Since it's valentines season, will you guys be giving away free vip weekend so some people can marry their chars?
...and make more janeway alts.

Campitor: There are no plans to do a free VIP weekend this month.

@camp Job 1, job 2 and rebirth skill balance when? NOGH when? Infinity space instance when? Job 3 level and skill expansion update when? I want you to create real life ramen hat if you fail to bring update next time >=)

@astra Shall we create iro meme competition to make a viral meme which let people know this server exist?

Campitor: Once we know when we will receive an update I will.. update the community on the update.

Astra: If you've got a community contest idea, feel free to message me about it! I'm happy to help people create events, it's just up to the staff when to schedule them out.

@Camp Previously you said we may get the Calf Weapons early this year (https://forums.warpp...1214/?p=2891369) is that still on board?, taking into consideration we finally got the rock ridge cards but we are still missing items on the loot table, calf weapons and the spear that the mvp drops

Campitor: Missing items are scheduled for May. This may or may not include the Calf weapons.

Campitor: Missing items are scheduled for May. This may or may not include the Calf weapons. 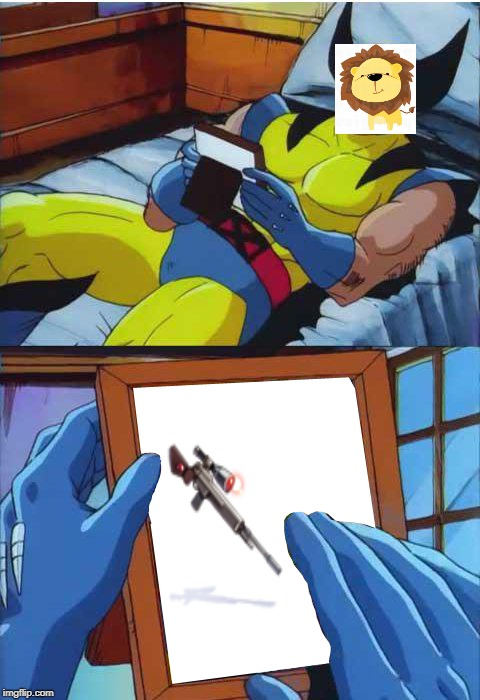 But with how "quickly" they send us updates, we'll probably never see it in our lifetimes.

Just gonna say it here, and point out I have suggested this several times however...

Just introduce the green maiden fix NPC, give it options for all types of pets and have it function the same way.

It removes your chosen egg and gives you a new one. The loyalty is obviously reset but you get to name your pet. You could even add a zeny charge to it to drain stuff :U

You can bulk trade rough ori and elu in izlude

would it be possible to add these costumes on your list. I'd be glad to if they're enchantable.

Any updates for a certain "Costume Headgear Design Contest" more than a year ago?

Any chance of lowering the required number of monster tokens? SO hard to get em, and since characters still only get the once a day attempt to upgrade, even 25 tokens a try would be helpful. Just too burnt out trying to grind for them tbh. THanks either way.

We all know Astra and Jello's tho but still

Any update/review regarding with the sequence of Sura skills: Earth Shaker and Gates of Hell?

when you will add MVP like shadow gears? e.g. https://www.divine-p...-shadow-pendant

RO staff: what improvements or updates that you would personally like to see coming to iRO?

To staff/CM/GM/Vmod: how do you guys/girls celebrate Valentine day?

Since it seems we have quite a few QoL Updates going around, I felt compelled to ask if these two things were possible, to make newbies lives easier.

1. Can Sara's Memories Foods be changed to 1 weight or so? They get so heavy carrying them around. We can RODEX ourselves but having foods to carry around for leveling or doing low TI or do some leveling can get heavy.

i.e I run Sara's Memories on my 175 GX, I take the foods to my Level 100 Warlock, but the foods become heavy and get in the way of carrying other items. They also dispell if I die so it would be convenient to be able to carry more.

2. Jawaii is the only place that has an ice cream shop. Jawaii is usually reserved for married couples (or people who marry themselves). Although there is an Ice Cream Vendor in Brasilis, we can only buy a small amount and I tell you, with snowier cards people consume truckloads of ice cream. At least I did and it was inconvenient to HAVE TO WAIT for a married couple to buy ice cream or wait for a free VIP weekend to marry characters and get access to ice cream.

Now the question is:
Can we set up an ice cream vendor at the beach that sells Ice Cream and you can buy in any quantity instead of having to buy 5 at a time from the NPC in Brasilis and have to click through multiple chat boxes just for 5 ice cream? It would really help newbies. I'm already maxed and all but I know that Hell Poodle Cards healing meat has it's convenience with a butcher selling meat, figured we could make that work too for people who wanna use snowier cards to heal more, tank and level.

Can we trade mvp loots to other items?

at least we can prevent less bots from botting the map and the change don't need alot, from 100-200 depend on gear.

i killed mvp, but i feel so disappointed with the mvp drop, beside leave them after kill or npc it. Make mvp more value at least update the loot, you guys make some mvp loot to trade certificate, then there is no reason cant trade others mvp for something. Maybe we can have mvp quest, like kill same MVP for number of times or accumulate mvp, we can trade to cash shop items (for example costume, enrich, ocp)

Can we trade mvp loots to other items?

at least we can prevent less bots from botting the map and the change don't need alot, from 100-200 depend on gear.
i killed mvp, but i feel so disappointed with the mvp drop, beside leave them after kill or npc it. Make mvp more value at least update the loot, you guys make some mvp loot to trade certificate, then there is no reason cant trade others mvp for something. Maybe we can have mvp quest, like kill same MVP for number of times or accumulate mvp, we can trade to cash shop items (for example costume, enrich, ocp)


I hope they can exchange it for EMB or cert.

What about starting with RK and AB figures? With international shipping. Although i personally prefer GX...

Mr. Camp, perhaps this was already asked before, but I would like to know if this two QoL changes can be implemented:

1. Change the dialogues for the Bounty Boards - so, if I finish just one mission, the only option in the "collect" tab is to deliver this one.

2. Same with Gramps; if I already finished one of the two hunts, the option would disappear; or, in the "warp" dialogue, the previous options disappear when you reach the next TI map.

This help a lot when fast turning and saving a little time using manuals and similars.

2/20 today did you receive the test build yet?

Maybe you can try and copy the Arrow Quiver Maker NPC format if you really do plan to update the Rough Elu/Ori Refining NPC to allow for bulk deals. Since quiver npc has "make as many/choose specific amount" options.
Juice maker npc has similar style too.

Q: Does the "bot-hunting team" also hold their own runs/patrols on their own? -- or do they always need to refer to the airstrike thread for targets?
Do they regularly check-in to get rid of those frequent rmt-spam-msg bots that usually appear in the same spots? If not, then can they be tasked to do so?

Thanks for answering our questions btw

Is there a plan for all the "Heroic Desocketing Book"  and "Slotting Advertisement" wandering around?

there are several other garments for different classes in JRO which has similar function, for example:

Goal for such garment is to give non-shield classes some range reduction.

I saw several requests for equipment like this in the OCP request post for a long time.

If IRO won't add this item in the future, would you make Enforce cape HP bonus and range damage reduction works for all classes?