It has been nearly a month since the closure of Requiem. Unfortunately the recent surge of Covid-19 deeply affected our office and I was one of them that was incapacitated for a while. I am all better now and back to helping update Requiem. Today we bring a special preview of some new quest systems we are adding to the game.

We were able to add new functions that would allow quests to accept Enchantment and Refinement quests. What this means is that we are able to have Temperions go out and refine an item to +5 or +10, and turn them in for a different reward. Previously there was no special function to do this, besides the early tutorial area. 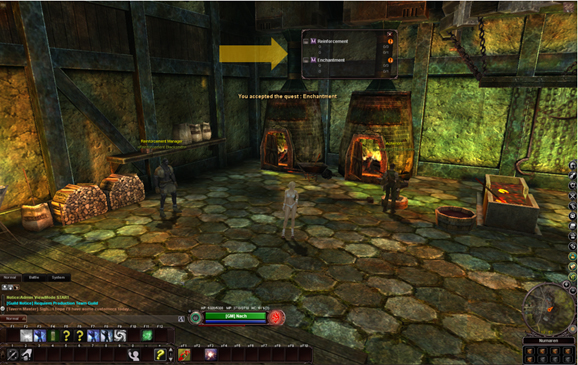 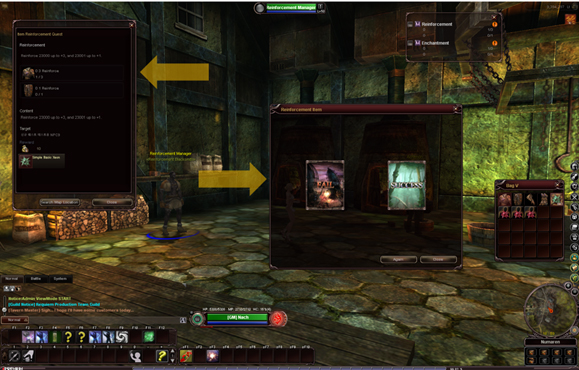 We find this super exciting as this will allow us to give rewards for those who reach a certain level of refinement/enchantment!

An example of this quest would be if a Commander getting their Ruinhorn set to +10 and upon completion getting a special Ruinhorn sword to match!

We are still working on other ideas that you guys have submitted to us. Some current tasks include changing the skill formula from a flat number to a percentage attack, as well as balancing the high end gear. We are still looking at all the feedback you give us so please continue to send more!

From all of use in Team Nightmare,

I'm typing through google translate, so it might be a little crooked.
While there is no Discord, I will write it here.
I propose to make modification (compound) (not +1 +2...) items more common.
For example: at the beginning of the game, armor of level 5 falls to us. To improve it, you need to collect special items from monsters and quests and take them to the forge for modification.
After modification, the level of the item rises to 10 and the parameters increase. And so on every 5 levels, for example. The same goes for weapons and accessories. In order for the player to knock out the initial items near the first city and as he progressed through the entire location, he gradually strengthened them with a modification. In this case, you need to remove items of 25 and subsequent levels, and instead, the player will gradually improve his initial armor.
When moving to a new location, the player continues to run in this improved armor. Also kill monsters and do quests to get items to modify. And at the same time, so that the quality of the item changes from gray to yellow at the new location. Etc. When moving from second to third: from yellow to orange...
And so on until the player reaches the raid bosses. Next, he will already collect these rare clothes.
Here's something else. At each location, limit the maximum level of item enhancement. On the first up to +10 (gray items), on the second up to +15 (yellow items), on the third up to +20 (orange items), on the fourth up to +25 (light blue items) and on the fifth up to +30 (dark blue items ).
Also, you need to make sure that the player stays longer in the initial locations. So that the levels do not fly by quickly, like a bullet. Force the player to fully strengthen the armor and complete all the quests and complete all the dungeons (only at the first location), otherwise the second location will not open.
Also make modifications to mounts and flying animals. So that the player from 1 to the maximum level gradually increases their parameters (speed and appearance). For example, doing quests and collecting special items.
On this I will finish for now. Too much text...
I hope that they understand me correctly.

I would like to see the first levels go slower and the first dungeon be relevant and be rewarding, as well as special nightmare monsters that require a party to defeat and are anunced  server wide.

For real? Is that what you have been working on all this time and why you have erased thousands of hours and dollars some of us had invested?

For real? Is that what you have been working on all this time and why you have erased thousands of hours and dollars some of us had invested?

Here, another portion of my crazy proposals.
Make your bags more spacious.
So that those items that are collected together in one pack have 10,000 items in one slot. Basic xeons, red xeons, infinity atms, xeons from bosses and so on.
Make a filter for trash items so that they do not fall into the main bag, but accumulate in the basket. And so that this basket can be emptied in one click, and not deleted one item at a time. So that on the farm of items the main bag does not get clogged. Also increase the cells in the bank.
Repair the auction and expand its capabilities. Increase the shelf life of items, at least up to 5-7 days.
Make the ornament bullet only for attack, and make the ornament under the shield only for defense.
Rework the guild menu. Add daily, weekly and monthly tasks for the guild, internal activity rank. Sorted by name, by date of joining the guild. Make separate information cards for each character within the guild. Make a menu with the guild bank. Public and personal, so that you can exchange items even if the character is not in the game.
Enlarge fonts. Add the ability to resize in-game windows.
Upgrade your mailbox so you can send multiple items at once.
Repair all non-removable items.
I'll write more as soon as I have all my thoughts.
We are still waiting for your Discord!

Always wanted to ask. Can you done more Birthday Suits? Can you do system , where it would may to collect adult 18+ elements, which give a parameters to character? Also more 18+ mobs. Also add possibillity to change weather to fog or rain, or fog and rain together 1 time in month, or 1 time in 3 month for lants or some drop. Also possibilty to summon 10-50 nude  NPC's for lants or for quest for drops from them. Also to do more advertising in order to was many gamers in game

I wrote there, above, about pets and driving beasts. I want to develop a thought.
You need to players on the first location to give a quest on a pet and a transport animal. But that the pet does not have parameters and he could only collect items. And further improvement for the subject from the store.
The riding beast at the beginning is given at 20% of the speed and for a few quests, it can be raised speed up to 35%. And then, either even quests or purchase of an object in the store for its improvement. Additionally, make the quest and on the flying beast, with the possibility of increasing its speed to the maximum. Or give the opportunity to fly at the very beginning at the minimum speed. Let the player have one transport, instead of two. Combine these quests with paid items from the store, as is done with DNA genes.
You can still make a change in appearance at the pet and the riding beast, as well as various auras and glows. And add some protective functions with this animal.

Recycle all dungeons. Remove duplicate dungeon maps. Make them all useful. The game has a lot of idle portals. Open them or remove them from the map. Repair the world map. Not all dungeons are marked there.
Rework boss items to better suit each profession, as they did with the level 90 darkset. Make an improved Gamma Xeon modification so that they can be combined into one Mega Xeon. For example: Ruinhorn Titan Xeon + Voxion Xeon + Resonator Artifact + Sigil. Well, there are other possible combinations. Or recycle all those xeons.
We are all waiting for a new location and level 100. Where is Rosen?
Where is your Discord? We wait!

im SuperGod and i think this would be interesting to do.

please make weapons and armor have honor grade req. to upgrade them and have them have extra effects at certain honor grade levels. this will make it fun to make and achieve them.

Back to Patch Notes and Events