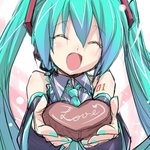 Biggest problem I saw with the RVR, was that since Temple knight was way more powerful we would sit in the middle of the RVR and wait for it to start. Other faction could do absolutely nothing to stop us from camping them. Depending on who goes to each faction or not, this happening again is a big possibility. A way I see to help counter this effect is, set up a barrier on the exits of each faction to prevent anyone from moving out, this will prevent the OP faction to hold middle way too early and just camp their spawn all day.

Another thing is, increase the size of the RVR, and make spawn camping pretty much impossible by putting OP mobs, or OP towers to prevent people from camping. This will give the other faction a better chance to fight back, and not make RVR a boring one side stomp. The level 60 mobs that were kind of covering the spawn were nothing to 40's with clerics healing them. On top of that, it wasn't too far out so mages such as my self could one shot fireball their players from a safe distance.

Basically at 00:00 seconds, the barrier will lift and each faction can then move into the RVR arena. If one faction wins and is able to camp outside the other faction's entrance, giving them towers, or very strong mobs to defend will make it so they can group up and attack again.

How about the fact that on the final day the SG got one more kill than us, then just camped in the far back of their base. It made it nearly impossible for us to win, and then it became a 20 sit and wait till end of the match game.
There should be a time limite that they can be in the respawn base before being teleported or shunted out into the arena.

I wasn't there for the last one, neither was Shady. Or xell, or a bunch of other big names. I've attended like 6 or 7 RVR's and every time its us winning by like 50 kills, and me being like 20-0. If me and shady were there, would of been us stomping them again.

I am quite aware that you all are our current big names, but that doesnt solve the problem really.
.
The issue is it could be either side SG or TK that does it and it can be any of the level brackets that this happens in. I am trying to suggest a fix to the problem on a whole. So that neither side, and none of the level brackets can just rush out get 1 or 2 more kills than the other side then turtle up in their base in the far back where chances are no one can get to them, especially at lower level brackets. That is the problem, and should not be allowed.

My point is, I suggested something that was a bigger problem. If one side completely dominates its GG, they camp the outside. The problem you have never happened once for me, simply because Im a mage and can kill them even if they camp. Throughout RVR, Temple knight during the 40level was non stop one siding the other faction. Your is a problem I agree, but that problem arises from us camping them non stop. Removing the camping function, and that will never happen.

In my opinion they are both pretty big problems. Indeed you were not there, so you don't know what happening. The problem I brought up did not stem from us camping their base. It stems from the fact that they rushed out got 2 kills that is right only two kills, we only got 1, and before we could do any more they all rush back into their base into the very very back. Against the back wall back, so that there was 8 archers between us and them. They were not going to come out to fight because they were assured to win the match and thus the exp. That is my problem.

You say it never happened once to you is because you were not there when this occurred, they never tried this strategy before. I think you are confusing what I am saying for us camping them and not able to get kills for them rushing out making sure they have even just 1 more kill than us and then turtling in the far back of their base where we could not get them even every member of the group rushing into their base to try and get them.
The GMs had to step in and kill archers for us so we could try to get to them but it was too little too late.

They proceeded to do this strategy again in the final match of the day which was a 30-40 5v5 match. It was a heated battle until the last three minutes when once again SG who had 5 players to TKs 4 gain two more kills than us and did it again

So please don't belittle the problem I brought up, it is essentially the same as your own only reversed. Inside of one side camping the other so that they will not come out and fight, it is one side turtling inside their own base so that they will win and the other side can not get kills.


Edit oh I would like to add I was in nearly every 30-40 bracket match. Except the last day where I was having a connection issue.

Well given the fact that when I was playing, that strat would never work. They would try and get a kill, I would 1-2 shot everyone there. Regardless if they tried it or not, against me it wouldn't work. I generally get 3-5 kills first couple seconds.

However, I do agree that is a huge problem as there is absolutely nothing you can do to stop them from camping in the far back, if they get more kills than you. Though that problem is situational, as it won't happen every RVR, but it is an exploit that needs to be removed I agree. However, to solve my problem, I suggested more OP mobs, or towers to stop people from camping, this goes against your problem, since it will be benefiting the ones that camp in the back of their base. There could be a timer where after you res you must enter the RVR field for at least 20 seconds. This way they cannot simply walk out, and go straight back in and camp. They have to stay in the field for those 20 seconds, which will allow the enemy team to get kills. Also, GMS could simply monitor the matches, if the majority of one faction is camping at the far back, that faction automatically loses. There's a couple of ways to deal with both the problems, we just need to pick the right one.

lol... you guys complaining and you won like most of the time... what the hell? xD

I'm not complaining. When I played RVR I gg stomped the other faction. I put my suggestion up, because I highly doubt anyone on SG is going to like getting face rolled every time in RVR. I also liked the RVR idea, which is why I want it to be balanced and worth attending. If RVR is going to turn out like it did in CBT, people are going to start quitting left and right.

Exactly, we are not complaining. We are trying to improve the experience so both sides have equal chances, and can have fun with it. After all that is the whole point of it is to enjoy the game. The whole point of CBT is to find problems and suggest fixes.