56 replies to this topic

This is the thread formally announcing our Summer Opener PVP tournament which will be taking place at 11am PDT on June 22nd.

The goal of the tournament is to get people prepped for the larger tournaments that we will be hosting in late July and the big big tourney in August.

The tournament will be taking place on Sakray server, with Renewal WoE settings and limitations.

Equipment and supplies available will be the same as last year's USRC: http://www.playragna...aspx?id=179&p=2 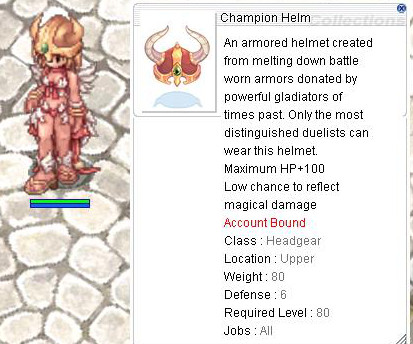 Once the tournament has concluded,

Participation prizes will be given in addition to prizes for the placing teams, but we don't want people showing up and throwing matches, you have to earn it!

To register your team post in the thread with the following:

You must have your full team of seven ready by 10:45am PDT on Saturday. No exceptions! Latecomers/late registrations aren't cool for anyone.

Must register before Thursday the 20th!

Please use this thread to recruit if you don't have a team just yet. Is this a mistake? Last year it was 7, and that's also what it says on the event link.

You'd think they would be lv 150/50. And does one class per team mean all members in that team have to be the same class or 6 different classes?

Six is a bit limiting dont you think? I mean AB Maestro RG Sorcerer Shadow Chaser and one Sura? Don't you think the offense is lacking?

I'm hoping it's a mistake... 7 already really made you think hard about priorities, which is fine, but I think with parties of 6 you're pretty much going to be fighting the same teams of classes over and over. There won't be any variety.

Isn't RWC made up of teams of 7 members each anyways? You might as well make it 7 member teams just to practice for the USRC and RWC.

Any reasons why this is 6v6 and not the traditional 7v7?

The reason six is being floated is making it a little easier for people to recruit five other people rather than six for participation, but if the desire is to keep it at seven, that's not a hard thing to change in the OP.

We'd like to know before we start getting practices in, lol. (Well that's already too late in regards to my team), but I'm pretty sure most people would want it at 7 since most people have already set up 7v7 teams.

I hope there's no participation rewards unless people actually do well. In the past you have had a lot of teams only enter to lose just to get a headgear.

Not sure why there's a need to differentiate between "pro" and "rookie" since "pro" players could make a rookie team and decimate.
Also, rookie teams might feel like they are looked down upon unless they chose to be in the pro bracket.

The intention is to encourage more pick up groups and informal teams to step up and participate. Being matched against people who have competed for years and years against each other would probably be pretty intimidating for new teams, and those veteran teams would probably want to be matched up against teams of similar experience and skill.

Maybe Rookie is a bad branding for it.

The reason six is being floated is making it a little easier for people to recruit five other people rather than six for participation, but if the desire is to keep it at seven, that's not a hard thing to change in the OP.

Just make it back 7v7, all the teams are mostly already set practices in this traditional 7-man party, getting 1 person isnt that hard to get. And idk what will be the difference dividing this into 2 brackets, coz probably ppl would mostly want to join the "pro" league unless they arent that dedicated and can just do their plain-4-fun pvp at the official servers. Also, getting this organized in a single bracket would be easier.

I tried simulating some 6v6 matches in the other servers and well, lacking mostly for attacking classes/offense and it does really taking time end, and that nobody ever tried to play one until now.

is rwc going to be 6v6? if it is I think its fine but if it isntyou might as well get ppl accustomed to do 7v7 even if it takes a while to get 6 other ppl.

The winner of this Event will be the Team USA ?

no this is just "for fun". The next tournament after this one will be a preparation tourney for USRC . After both of those is the real tournament, USRC.

I'm tempted but I haven't logged in forever. Maybe I should join the Rookie ranks to see how bad I am

how long is the pvp will be going on?? coz one of my friend are working during weekend so he wanted to know the duration of the tournament...

Is anybody ready to practice? We are. PM me if interested.

what time do you guys training? if can, i can join in the beatup team (<---lol haha) since im interested in joining it