All in all, the average time it's taking and the number of characters it's taking to complete Mythic Doom Cheras (MDC) is exactly where we had aimed for. I was worried it would be too difficult. No party has completed the dungeon with less than 4 yet, although this may occur we had hoped it would require 5 to take down, but close. I am of the opinion that no Raid should take longer than 1 hour if the party is prepared. So, on that goal we have 10 minutes to spare, as the average time to successfully complete MDC has been 50.5 minutes. However when it comes to something gone wrong(or right), I am quite curious about Party Instance 17, and wonder with 4 members killing MDC in exactly 15 minutes, will have to check that out. But, awesome playing overall, more goodies to you!

I made it today it wasn t so difficult...that 15 mins with 4 ppl seems weird.

we were ten at start then eight or nine at ending can't remember. didn't pay attention to time we take but yeah was less than a hour . But as ever , i can feel like you really love to troll me .

c'mon ?! kicked outside by fear of a DEAD dragon and just after being bound. UNABLE to ROLL . again ??!? men. you can't remember how many times this kind of jokes happen. so what

being the weakest class in game is not enough. you have to be the most unlucky too  like : "ok man , come take hits for us and spend your pots, but you won't be allowed to roll. nothing for you"

oh and you should have have some cosmetic differences on Mythic gears , like a glow or something. i know many ask for it ever the same and you feel discouraged , not understood , not appreciated , etc. and sorry for you. but really : same shields . copy/paste. again. 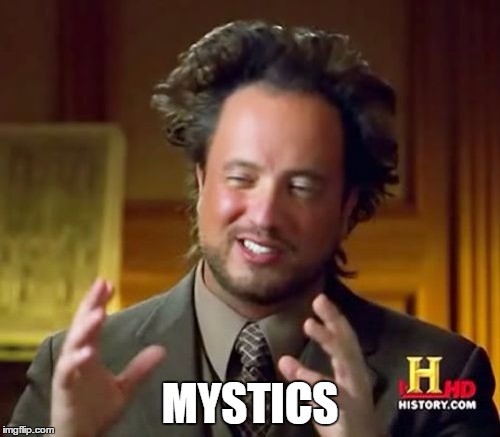 Lame easymode class, doing new raid in 15 mins with eyes closed. I really hope this further demonstrates how imbalanced their strengths are. Rewards should be based on challenge and difficulty, mystics can solo anything and everything in this game, its NOT normal.

People spending money for it that`s why we see no Progress or other methods.

Mele Classes with bigger Heals than Healer and stuff^^

Without a sacrifice for the Player this Game can`t change.

But the BF Poll showed that only close to the half of the Player have the right mindset for it.

People spending money for it that`s why we see no Progress or other methods.

Mele Classes with bigger Heals than Healer and stuff^^

Without a sacrifice for the Player this Game can`t change.

But the BF Poll showed that only close to the half of the Player have the right mindset for it.

i know your point and what you're focus on Sandy. but again. if it's not really about cash shop. yes too much cash shop aspect in this game for sure.

you can cash shop aaaaaaall what you want , depending you class , you won't NEVER reach this capacity : sins , SR , avenger , ranger , warlord etc : you need combined DPS - tank ability AND heals to succeed. prot "could" do it but even the strongest one will never have enough dps to make it fast enough to make sense.

only mystics , and as say Kaz , OP "soul hunter" can actually i think ...cash shop won't help you without that pre-required.

Well those two Points are the main aspects we are facing ingame currently. And they give each other an additional drive.

Without judging this development, I dare to say that we reached stats on characters in this game that are out of their reasonable limits but on the other hand nobody would willingly give up.

In all honesty who would be willing to sacrifice his insane SCAD if someone decides, that for matters of Balance, a SCAD of 250 is set as a limit (that number is just fictional of course; I am NOT suggesting a SCAD cap at 250!)?

If those caps would be forced in, then the game will most likely face a massive drop in population, which would of course be the final death blow.

I agree however class and level specific boundaries (minimum and maximum) on every stat would be the best and easiest way to bring back more balance. Especially when it comes to defining roles of specific classes during raids.

Indirectly this might even affect economy in a positive way. This is just theoretically but possibly it could sort out demands for specific items so that not everyone is looking for exactly the same item.

But to be honest that just came to my mind in an Impulse and needs more thinking from my side.

As it is there is only one way to go, forward. So in order of balance one could only work out how to get the 'left behind' classes competitive. Which will again lead to other classes that then become weak.
This are of course just my personal thoughts as a player  This does not in any way reflect Gravity's opinion on this and does not reveal plans for the future in any way.

Regarding Caps SirPeppermint...ofc. we only talking sheer abstract here...it`s a talk among 4-6 Eyes anyway - like in a cracker-barrel^^

What about Caps for the different FoC-realms?

Don`t really mind having no Scad / Cad Caps for End Game....since the End Game is a full different Story.

But let me clear out what i mean when i say Class specif Caps.

I mean stuff like a "Block Cap" for Caster, the Mana consumption for Mele...

Mele Classes should not be able to spam their AoE without using a specifies Weapon or Accessory.

Lets say a +10 on Con for each Reinforcement step but only +2 for Cad/Scad Stuff like that.

Remove TD bonuses would be already a huge step.

For SCAD I think there should be a counter part, maybe MIND can give some kind of resistance against SCAD.

For example every 100 MIND = 10 SCAD resistance, wouldn t be a so huge nerf, and it would make MIND a much more useful stat not only for healers.

But let me clear out what i mean when i say Class specif Caps.

I mean stuff like a "Block Cap" for Caster, the Mana consumption for Mele...

Yes, I think we both head into the same direction with our thoughts.

For example I can´t see any logical reason for a Defiler having capped Defense. And I mean that in a 'role playing' way.

Even if that sounds nerdy, but that in my eyes is what causes the main OPness problems. Stats and values that fly high above their reasonable limits.

A Defiler could bet on his Evasion to have a different Way. Or his Illusion Skill.

Block from his Shield could benefit too...Yes role Play is important for the Battlefields too.

Healers should not run in front , and Tanks should not heal the Party that much. Role play ya thats very important.

I think that things can be fixed with a stat revamp :

For example now each point on CON gives 5 hp to any class..would be better if it gives 4 hp to defi and 6 hp to turans. Same for mind...give it more bonus to radi and less bonus to protectors....etc....

Well having the two defense buffs on a defiler does not mean it is a bad thing or not well thought out.

It actually is a good mechanic since it leaves you a choice. Imagine you have a capped Defense on defiler. You would then be able to choose how to reach it.

You might go for enchants and use them to reach your cap or you have the possibility to spend skill Points to reach this cap with less enchants.

Same goes for CON and all other stats and values.

Either reach your caps with items or skills.

That way all those Hearts, Scales, Remains, even TD buffs won´t get useless from one day to another but match their purpose way better. Assisting you in reaching a cap while saving slots for other values.

For example Physical damage or Magic damage should not be limited in any way. So you would have a chance to fill in damage in the slots you saved with those pricier enchants and the earned TD buffs.

It's not a bad thing for me since I m domi but for melees it is xD Defilers are supposed to have high dmg and low defensive stats. Before that 2 buffs, defilers had to invest much more on defense than on dmg. Now with that 2 defense buffs they are able to almost fully focus on dmg, reach that defense cap is very easy.

ZZZZzzz I think u all forgot that MDC resistances are over 80%....mystics won t hit 5k, and I don t think 2 mystics can tank it.

ZZZZzzz I think u all forgot that MDC resistances are over 80%....mystics won t hit 5k, and I don t think 2 mystics can tank it.

mystic will be hitting 7k+ per tick

mystic totems will heal 500+ per tick thanks to elem buff, plus self heal + that other heal whose name i forget

HP wise both mystics will be running easily 40k+ hp, which means each 20% pot will heal 8k hp

joke raid is joke thanks to mystic/elem/saker combo.

Helium can we get info on what are maximum stats for the MDC and valdes gear? would be nice

Back to Server Discussions