48 replies to this topic

OMFG... I've not played in a couple years, though I'd come and see what the 'progress' has been... didn't realise it had gone back to PS1 graphics! Look like Spyro hahaha!

The Votes are in and the lucky winner is 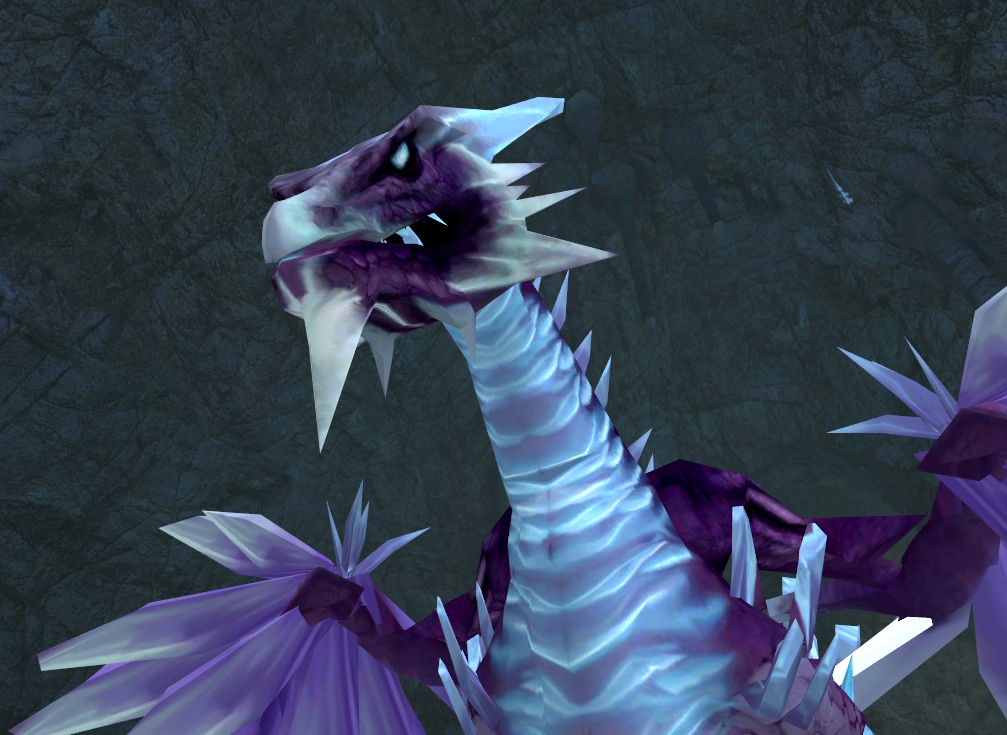 Going off what was discussed during the Extra Life live stream, this will be the first test in a series of changes we are hoping to move forward with in regards to Requiem.   We will have more information in the coming weeks.

Hence why we are looking to revamp a few things.   We've just hit some technical difficulties.

voxyon is a new raid boss?

not new and better dont call it raid boss :-)) - it once jumped out of any Nintendo console just to invade Requiem, sadly it ended up in Crescent, the place of Chaste Sanctum once back in S1 ^^

Oh dear, oh dear... Poor old little Requiem. All right, no one expects it to be Black Desert or something... But come on... Sometimes I feel that even the first Baldur's Gate or, hah, first Final Fantasies (actually, freaking awesome) looked better. I got many more
I can continue if anybody want

Want a challenge? Do the frozen sets they added. It's like they were recolored by an elementary school kid.

What about some fire on MG? The more hell flames the marier

. Like instead of getting bloody (below certain %HP) he gets on fire at least since the topic is only basic form colours.

Can you repaint the letters which say which spell the boss is gonna cast... like FATALITY from another favourite 90ies game

Want a challenge? Do the frozen sets they added. It's like they were recolored by an elementary school kid.

pretty sure they used crayons

These are awesome.  I made sure to run them by Helium.

I got many more
I can continue if anybody want

So we are putting it up to a vote. That object will then become our test subject. The item with the most votes will be utilized in our test and we will be showing our results through out the production process.

Showing results throughout the process.
I'm guessing there has been 0 progress at all?

And no, there's no bright side to this. This is just pure negativity.

Due to issues regarding the stability of Requiem, we have focused our attention on those matters.  Unfortunately, this has meant that these projects have been put on hold till we can get other issues resolved.

Due to issues regarding the stability of Requiem, we have focused our attention on those matters. Unfortunately, this has meant that these projects have been put on hold till we can get other issues resolved.

That's understandable, however, wouldn't it have been nice to tell people that this project is put on hold? And perhaps offer compensation to the players who put effort into helping out?

why no make armor glow after enchant?

Re-paint on Giant Axe for example! Got add some glow efx. dont make the mistake of repeating the same model for weapons , jewels , armors ( all of the new weapons armors ) in some way look the same to their previous version e.x

89 jewels look like  ordinary renforced jewels ,,, ( 90 mythic weps look like 72 weps ) maybe it;s a mentall thing but when u see that gear u dont get the feeling of a progress in the game

maybe create extra glow for + 30 weapons regarding their type ( not just wep type glow which is pretty old now ) ( what i mean is : claw has kinda purple glow . duals = grey glow , 2h sword = red glow , 1h axe = blue glow   etc etc ) - make new type of glows for these weapons and EXTRA glow for + 30 effect or new colours for the existing or future weapons ( this is a dark themed game but everything should not be so DARK )

i know this is re-painting but , seeing the same npc's  all over the world + they are using the same weapon is pretty depressing  .

every NPC and monster in this game is very repetitive ,