We are having a giant Spring Cleaning sale!

The Anniversary Card Random Box is in the Pyramid!

We've heard requests to have access back to this box, so it's in our Phantom Pyramid for this month at the 7F spot! 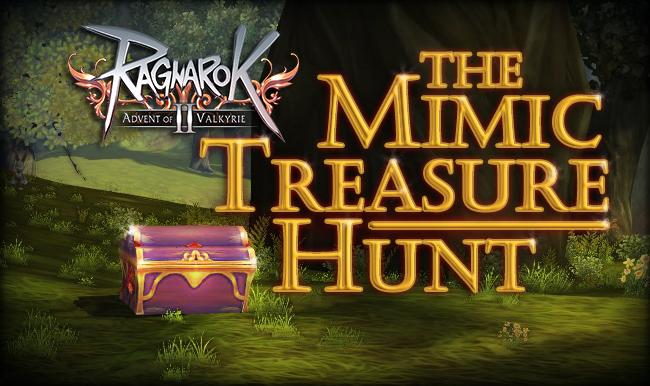 Mimic Treasure Hunt Event Period: March 13 - April 10, 2017 A treasure hunt has begun in Rune-Midgarts! Mimics are wreaking havoc by spawning all across the world in fields and it’s up to you to defeat them! Get out and kill these monsters while reaping the benefits: each mimic has a treasure inside! 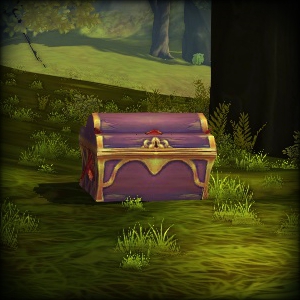 Kill a mimic to acquire a March Treasure Box. 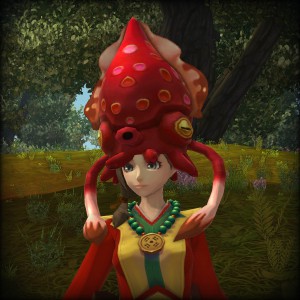 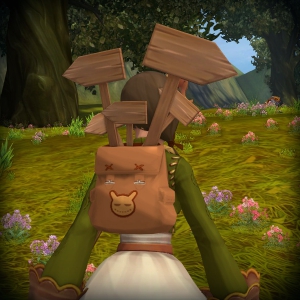 New mimics spawn each hour and a small number will give out luxury items!

Changes to this event: Mimics are all the same scale and there is no number limit to luxury items that will be awarded.

Oh no! Cheny's pet Leprechaun went out to grab more supplies and seems to have gotten lost! If you help us find him, you and all of your friends will win Cheny's favor... and maybe a pot of gold! Or prizes. Probably prizes.

The Lost Leprechaun: NPC hunt is a scavenger hunt that will reward hunters with a personal prize as well as server-wide bonuses for finding all of the Leprechaun locations. What's the catch? Well... the clues will be very, very vague. You'll need to do a bit of exploring to find the NPCs each week.

Entries will be accepted from March 8 to March 27.

Each week, after regular maintenance, I will hide Leprechauns and post a clue. The clue will give you a vague idea of where they are, and will let you know how many Leprechauns are missing.

To enter, post a screenshot of your character with the Leprechaun. Screenshot can be edited to just show you and the Leprechaun's location. Post your screenshot and the details below as a reply to this post.

Link to image: (please use Imgur or some other public image hosting site. No Facebook links.)

We're all winners! Find all of the Leprechauns each week to win server-wide prizes.

To qualify for item prizes, you must be logged in at least 1 hour during the week, and that time cannot be interrupted. So maintain a log in on one character for  at least an hour each week to qualify for these prizes.

If you are the first to find a Leprechaun and post it, you will earn 1x Cheny's Soul in addition to the server-wide bonus that is unlocked if all Leprechauns are found.

Entries must follow the entry format posted above. Image of the Leprechaun must be included. Post only 1 Leprechaun per reply. If you find more than one, make a new post. To keep the hunt fair, edited posts will not be eligible for prizes.

Happy Anniversary Ragnarok 2! Has it really been 4 years already!? Get ready to screenshot, draw, or otherwise create a loading screen that can be shared with the entire community!

In honor of Ragnarok 2's anniversary we will be updating the loading screens to show off your artistic talent! Share a picture of Ragnarok 2 that you have created yourself. It can be drawn, an edited screenshot, or other form of media as long as it adheres to the entry requirements. Show us what you love about the game, how you will be celebrating-- whatever you'd like as long as it's anniversary themed!

Entries will be accepted from March 6 to April 10.

In addition to participation prize.

OK: Drawings you have created with traditional media or digital software are acceptable. Including content from R02 screenshots in game that you have edited is allowed. 3D renders you have created are also okay if the work is entirely your own creation. Any media that can be presented in a format that fits the required dimensions is acceptable as long as it is your own work.

NOT OK: Any artwork taken from another artist or from media you do not have rights to is not allowed. If you did not draw it, render it, or screen cap it from the game, don’t include it. This extends to backgrounds, wallpapers, 3D renders, and screenshots from other media. Do not include content you have found on google, deviant art, or other sources you do not have rights to, even if you credit the source. The entry must be 100% your own work, with the exception of in game screenshots you've taken.

Entries violating the rules will be disqualified. Entries using artwork that is not their own will be tortured by Idun.

Please use this format when submitting an entry:

- Spinel Repair Kit from Dapara should be purchasable now

can someone tell me the list of loot inside ?

and mimic treasure event is old event or new event ?

We had plans for another box, but found its rates lame, and knew people wanted access to this box.

We're likely going to make a new box, similar to Anniversary one, that we can put in 7F. Since its not our anniversary nor our first one. Our aim is not to be lame.

what time server up sir?

just as i thought.

the spinel repair kit from dapara was bugged.

We had plans for another box, but found its rates lame, and knew people wanted access to this box.

We're likely going to make a new box, similar to Anniversary one, that we can put in 7F. Since its not our anniversary nor our first one. Our aim is not to be lame.

Put Cardfinium and Card Lucky Powder in it and it will be totally worth it.

Can you make the mimics one pixel size like that bug years ago?, was ultra funny...and my eyes died a little too!.

Fallen Fortress is not a Dungeon, but it does not drop March Treasury Box?  Is this an oversight?

March HHB is very sucky! I am suggesting that the cardinium and cardblessings be added in low rate like the midgard's and norns so that it could enticed players to farm.

I don't see any sale for above item at all

I don't see any sale on Precise Honing Hammer Coupon, it's price is still 400. I notice that there were so many times in the past you guys forgot to put sale on stuffs that you said they will be, especially this item. If you will not do it then don't say it. Stop joking around and waste our time/money lol.

I have some question about "Mimic Treasure Hunt" event:

_ How many mimics appear on each fields ?

_ All costume item dropping from mimics have slot or not ?

can you please add the numbers of mimic in each map? it is really hard to find one.

That's why it is called "TREASURE HUNT"

players nowadays just want to spoon-fed everything to them. :smh:

Fallen Fortress is not a Dungeon, but it does not drop March Treasury Box?  Is this an oversight?

March HHB is very sucky! I am suggesting that the cardinium and cardblessings be added in low rate like the midgard's and norns so that it could enticed players to farm.

Moo, March treasure box can only be gotten to Mimic. and i don't see any mimic in FF at all.

+1 to your redefining of March HHB.