A limited-time Event “Welcome Corridor” will be introduced, with an upgraded version of the MVP monsters. These monsters are only available in the instance and are stronger. New skills will also be added to them. 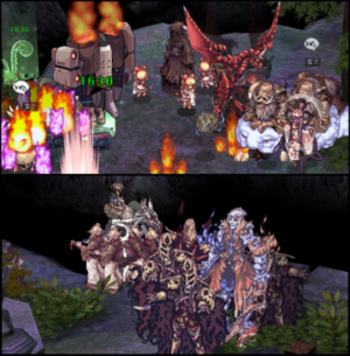 The corridor has 3 floors. You enter the instance as many times as you want as long as your “welcome seal” is valid. (You get 1 free seal every day which is valid for 1 hour). 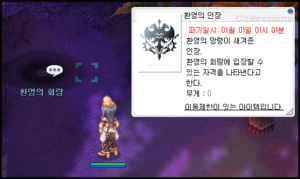 You can purchase additional seals by talking to the "Illusion Ghost" with zeny or silvervines (amount not yet defined). Paid seals will last for 4 hours.

The Full list of MvPs on each floor can be found below: 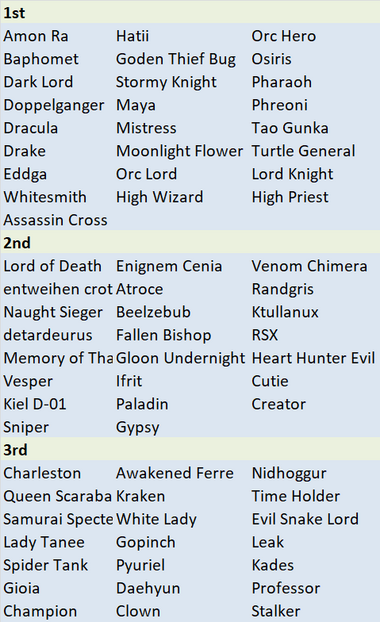 Unlike regular monsters, these MVPs do not  drop any equipment or cards. However, they drop "welcome flowers". 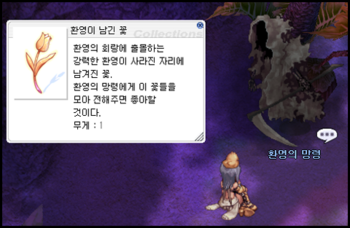 You need to collect these flowers and talk to the Illusion Ghost outside the instance and exchange for random rewards: 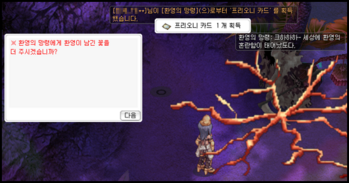 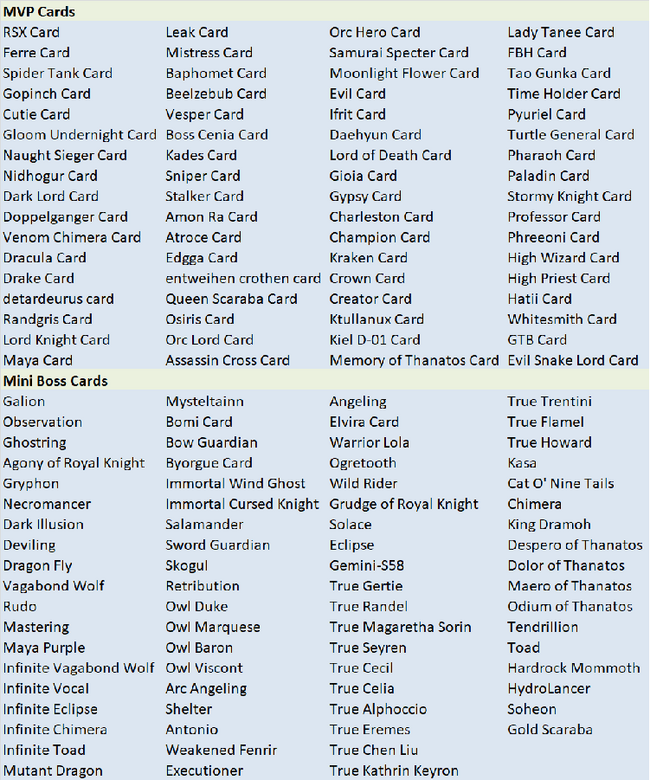 More to come. No further details have been released about this mvpfest.

sounds extremely fun. wonder how many flowers for a chance and whats the mvp card chance.

When can we have this? ET is just too boring and now the cooldown is too long lol

Finally I can feel some privacy when I want to MvPs and ... I'm too poor to pay for BBs xD

I'm assuming either the chances of dropping the flower or getting an mvp card will be pretty low. And I am not sure whether it's a solo or party instance. still rip pvm

I'm assuming either the chances of dropping the flower or getting an mvp card will be pretty low. And I am not sure whether it's a solo or party instance. still rip pvm

Let me posts some statistics from bRO via Ashuckel when they introduced it there.

Let me posts some statistics from bRO via Ashuckel when they introduced it there.

kRO's intention is pretty clear: Undermine any effort, time, and value put into Renewal in hopes that players are dumb enough to abandon ship and move to Ragnarok Zero.

nice, i can finally leave RO if it ever comes

The silver lining I suppose is that it will take a few years to get here.

Wild suggestion to WP staff. When we get this update, by all means, go ahead and accept it. Say thanks, that you'll work with the community to accommodate it, etc.

... then just forget to put whatever NPC you talk to in order to enter.

i just came to iRO because bRO is flooded with mvp cards, hopefully the same doesnt happens here D:

The unfortunate reality is that we most likely will be given this.

Who need MVP cards though when you have future OCPs?

Woohoo everyone gets mvps!

I wont be worried about MVP cards flooding this server. Even if kRO gives this to iRO, they can alter the drop rate of welcome flowers to make them close to card rate. Dont we have a much lower drop rate for sky fortress weapons than kRO(near card rate on iRO while its 0.2% on kRO)? Then you get the idea.

i just came to iRO because bRO is flooded with mvp cards, hopefully the same doesnt happens here D:

Those phantom MVPs will use new skills like recovery conversion, elemental immunity or all stat down. Make that dungeon more fun. /heh

is the 2nd time i wish a kRO update take the normal 4~6 years to coming in iRO, if is possible never and plus iRO events become something permanent like gramps or +15 upgrade event...

the frequency of the event will determine how many mvp cards will get dumped in the server (assuming it becomes a limited time only event here too). i wouldn't mind getting other events from them tho, like limited time mvp extra drops or something iv'e read somewhere in the past >.>

some part of it isn't good for us some of it i can imagine would be okay. so if wp makes the right calls i mean, why not lol

They will not want to put in work to customize it to our server. It's most likely going to be handed to us as is. That was what happened to Paramarket and they just don't have the resources to balance it out for ours server. Our server keep having players backlashing against a lot of their so called 'new updates' (aka reusing old content and releasing them in some other ways that will break our game, one way or the other) but it's just not getting through their head why a lot of players hates these sort of things. They just want the $$$$ from whoever don't care and will play regardless of how much worst it can get.

Other servers like pRO apparently isn't enough for them to realize what was wrong, and they fail to use it as a way to avoid repeating the mistakes. Instead they just think that creating new server is the solution to keeping the game's longevity. They still have no idea why players are dwindling and leaving and think the game is old enough, that's all. Long term loyal players are meaningless to them. All they care about is "How do we make players give us their money, with the least effort on our end? :^) "

Unfortunately, servers like ReStart where players flock to it and threw money at it continues encouraging them to neglect and not care about older servers, and will continue to just relaunch new servers instead. If people think spending money on this game is supporting them, they aren't used to support the renewal servers right now. Instead it's being funneled into Ragnarok Zero, another reboot after restart, and after classic. Whatever you are investing into will be null when the population continues to dwindle into where it's not worth keeping it running anymore.

You get MvP card, You get MvP Card. A recommended add on is to start putting in MvP cards into OCP when this 'Welcome Corridor' is released.

Btw can someone clarify, it states that the MvP wont be dropping equipment or cards so are all the Mvp Card 'drops' obtained via the illusion flower exchange?

You get MvP card, You get MvP Card. A recommended add on is to start putting in MvP cards into OCP when this 'Welcome Corridor' is released.

Btw can someone clarify, it states that the MvP wont be dropping equipment or cards so are all the Mvp Card 'drops' obtained via the illusion flower exchange?

Yep, just mass kill the MVPs for currency to exchange for a chance at every card.

Welcome [to the Beginning of the End] Corridor

According to the map name (vis_h01 - 04). I think Gravity may translate its name as "Vision Hall" /heh