66 replies to this topic

Problem: This is a big problem as it does not reward support classes like AB, Sorc, Support Rg, Gene and SC which play a huge part in the woe scene.

Solution: Please base it off on active time within the castle during woe (Aka not idling in a woe castle, moving/using skills etc). I            understand that people can game this system to get more woe rewards but at the very least people who put the actual effort into woe could be rewarded. ( you can limit rewards per ip etc)

Problem: The only problem here is the fact that the Battlegrounds have been broken for over 2 years, and has still not been fixed, the  rewards no matter how good they are won't matter if the system is still unplayable

Solution: Fix the damn thing already, its been way too long.

Apparently, It's been fixed finally so  ignore no 2

WOE and BG are technically Player versus Player.

The biggest barriers to entry in running a WoE guild are the cost of supplies and the lack of them on the market. WoE White Boxes alone went from 150K to 1.5M in the past six months, drastically increasing how much it costs to supply a guild in WoE. Will there be any measures taken to help ease the burden on guild leaders? It would be nice to see new guilds participate in the WoE scene.

Obsolete drops such as diamonds and ores from treasure boxes should be replaced with more relevant ones as well, such as WoE Potion Boxes or WPS Token Boxes; which guild leaders actually need to supply their members.

The best way to take advantage of the new points system would be to run around on a killer class and break empty castles, thus not encouraging guilds to actually fight one another. Points for breaking emperiums should be scaled to the economy of the castle. Breaking a 100/100 castle should be more rewarding than breaking a 0/0 castle. This would allow smaller guilds to fight in peace as well, as it would refrain bigger guilds from steamrolling in and interrupting their fights just to earn the same amount of points from breaking their castles.

Points for killing other players should be awarded to every guild member onscreen, as support classes play just as vital a role. In a GvG scenario, players would not be able to kill one another without the assistance of a sleuth of support classes. It is important to encourage class diversity in WoE.

This need to be talk about, hopefully this wont affect the worth of god items even though they are useless now(KRO is working on this part so we might w8 for the update)

Cross server PVP is another Pandora's box waiting to be opened.

KRO WoE update : pretty sure people here won't like it. (WoE, WoE2 and WoE TE active in the same time for 1 hour, once per week. 5 Agits available per WoE. Rotates Agits every week. So the cycle will complete in 4 weeks)

I actually like it. Current WoE is a cat and mouse game. The only real action is like last 20 minutes of sneaky recalls.

tbh i couldn't care less if ppl alt characters for "kill counts" on this thing, it's not like someone who wants to do something like that has any real interest in woe to begin with.
And well, if some of the rewards are some decent gear to step up the game of newcomers and what not, let them alt farm all they want, because fighting real ppl(those who are left) will very likely lead them to get close to nothing with this system :T

the same old, just be thoughtfull of what are the rewards, if it's tradeable or not etc. Like ken said, ppl do alt 11 characters for OGH, while not prohibited, it's something that is most prevalent on iRO and bRO to some extent, wich are servers that allow for massive multiclienting.


Oh and yeah, the kRO idea of merging all WoE into the same event to happen at the same time is just stupid. You don't have group A doing woe1, group B doing woe2 and groupC doing woe TE, you have group A that populates all woes and that's it.

What "Rewards" are we talking about? BG/KvM equipment?

overall: this is actually a pleasant solution. i guess i should look into it whether the balance that kro will give to us is actually a balance then i will get back and try it on myself xD..

If the rewards are guild based (something like total number of points per woe which can be claimed per char that is and is not idle inside the castle for x amount of time or something like that) and not on a per player basis, it might give proper rewards even to the supportive class

...unless ye guys call sacrament slaves, soul linker slaves alts which are afk for like the entire time a proper support member lol 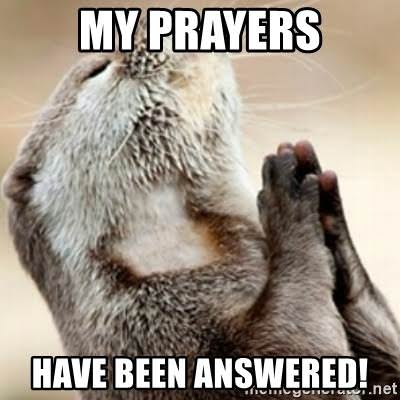 Can we have a poll for chaos woe 1 time? More people will join if it schedules on Friday night or Weekend.

Speaking about God Items, are we gonna receive buff for them or simply lightening their weight? It is because the current OCP Items are about to beat them! And God Items are generally heavy to carry...

They are already beaten in many ways.

did i miss something?

and can you explain what is meta gear?

This is awesome! I'm sad that it sounds like killers will be rewarded more than support classes but other than that this is some really great stuff.


It will work like the bounty system and kill/emp break points count for party members. Players who have support classes will have to be in the heat of battle to get points instead of being just a buff slave alt. Its not really a problem for support classes imo

This will have to go in testing. But it should work like the quests where they get credit for what their party does,

This all seems interesting.

Dont aim for perfect because you can never please the whole community. Just do something, measure impact anf adjust accordingly WP.

Key thing here is to make supplies much more available in order to lower the barrier of entry (and ease competition) for new guilds.

Make it foolproof. Like NPCs actually selling you the pots.

not cool, say changing the time after new year's break and you guys wont commit

What a meme, literally cannot do anything correct.

Suppose to start TE right now but not! 3 guild waiting!