Let's March straight into the next month with a new FAQ thread!

Here are the answers to last week's thread!

Got more questions? We got more answers!

While you're here, check out our updated schedule for March! 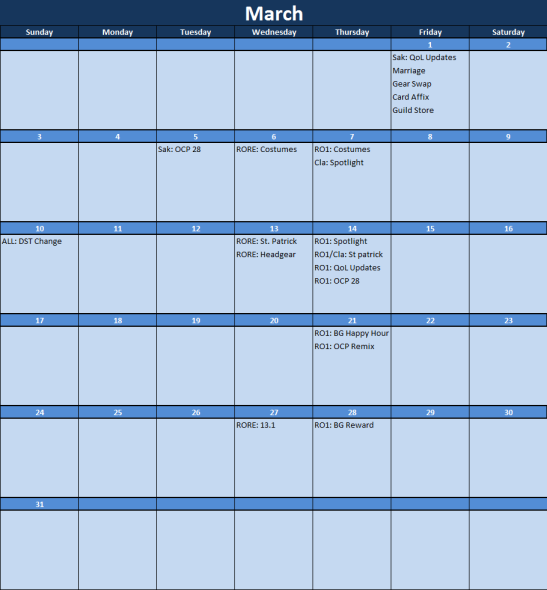 >Also updates on the pvp/woe changes

Campitor: We will ask about any sort of Kagerou balance patch with the studio again.
Please see the top post regarding the pvp WoE changes.

Campitor: We will see if we can request these costumes.

Campitor: Often for requested items and updates we cannot commit to certain changes. For stuff we can do we add it to our list and then implement them as there is free time during maintenance.

Also if possible bring back universal cooldown on instances.

Campitor: We will add them to the to do list.
The next DST time change is in 10 days.

1. Any information about when Costume Big White Cat will be fixed for dorams? 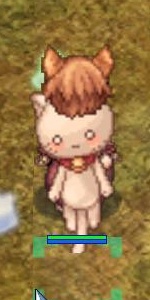 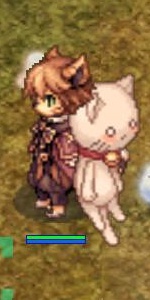 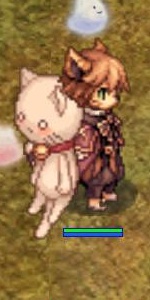 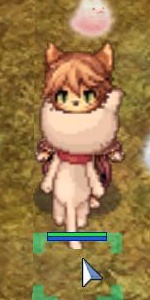 2. Camp said last year that alternative outfits would come in 2018 to iRO. We're already in 2019 and no update came. What happened?

Campitor: 1. We are looking into getting the fix for this costume.
2. This is tied to a future content update. We will get the outfits when we get the update.

I hope we could trade in pcs of WPS Token for pcs of WoE Blue/White/Violet Potion Box in Farrah NPC.

Campitor: We will look to see if this is something we want to do.

Mr.Camp, any notices on that update that allows merchants to sell offline? Heard that this was already implemented in kRO.

Campitor: That is a future update unfortunately it is not yet on our schedule.

Any particular character you would like to cosplay as if given a chance?

Astra: Zangief.
Magus: i've cosplayed before, i think my next one might be vincent valentine from ffvii
Campitor: Parn
Cordite: general purpose I'd go with my favorite super hero ...Jason Vorhees
Xealot: Donald Duck or Winnie the Pooh

Request:
+adding MVP equipment drop to cert (Eve Natalia).
To improve the price and its useful.

+turn in 10 of your USELESS card into OCA/MCA.
To recycle certain useless card and add new value.

+Instance Ashes Stone
Sometime DC or wipeout in instance is terrible. If we could get in once more, it could help us lot.

+instance Fastest Record Clearing
Reward us like faceworm did. People like competition and ensure it will encourage player to play again.

+adding more prize if you form party when clearing instance.
To motivate old player playing with new player by giving them extra prize like extra coag if they did in party.

Campitor: Thank you for the suggestions! We will look at them.

Do you have any ETA on new content update or new MVP combo update etc?

I feel if you keep bring new OCPs but not corresponding challenging contents, people will feel boring and leave.

Also please do not always say we need to wait for it since that’s a very passive way. Could you please at least show what you guys have requested and what jro/kro has responded even partially?

When we will be able to CRIT on double attacks ?or is it live already?

Campitor: I do believe we implemented the double attack update last year.

Since I asked about QoL changes last time, I felt compelled to come by and ask a few things that fall under that category.

I have noticed that the Warlock Job Change Quest is really difficult, is there a possibility to tone down the difficulty for new incoming players? Magic classes are usually seen as cool and when people come in they struggle with certain difficulties that well, in reality are a bit of a somewhat significant obstacle. and maybe other 3rd class job changes that might be difficult.

Would it be possible to review the difficulty of the warlock job change quest for incoming players who might end up suffering through that? Possibly a review of other 3rd class job changes that may be a tad bit much for newbies?

I saw you mentioned you wanted to add some NPCs to the academy that would help people understand Ragnarok Online, given there's a learning curve, these NPCs would help people and guide them to popular leveling maps and the like. I like that idea; however, there's a few things I'd like to address.
Even if we help people understand Ragnarok Online as it is, the game isn't very forgiving in certain areas (see, certain 3rd class job change quest) and the steep learning curve goes even further because of how many years RO has been popular and a lot of equipment has become obsolete over time due to stronger equipment being released each episode (not to mention OCP for the most part overshadows a significant amount of items, particularly accessories and some armors, maybe some garments. Perhaps.). What's even more is the amount of information available for RO online which will guide people into seeing there's 1st and 2nd skill class updates, thus changing the way skills work for all characters. Oh and the economy. A variety of people have viewed my iRO streams and some people have asked how I can afford stuff that is worth over 1 billion zeny and attempting to explain how much zeny flows in the server and how the economy is driven by certain markets still makes it a hard sell for newbies/viewers who are curious about iRO and want to try it out.

Which finally brings me to the point of this paragraph.
Would we be able to see at the very least the 1st and 2nd job skill update coming to iRO prior to attempting to address the learning curve? It may not seem significant but that sole update really changes the game for certain classes (for better or worse) but the main idea is that the server will at least be ready to accept an influx of players and teach them from 0 with at least the first and second class skill updates kicking in.
I am aware you mentioned 3rd class job skill updates will all come in a single bundle by the end of the year, but is there at least a chance to get the 1st/2nd classes in? Or something additional we can do about the ingame economy's inflation? Perhaps a paramarket for a lot of supplies and such materials?

Sorry for the large post but these 2 ideas (warlock job change/job change in general and 1st/2nd class skill updates before trying to bring in new players since most people are aware of the skill changes in kRO from content online) have been on my mind all week and I wouldn't want to miss asking them and hearing back from you this week.

If you have questions feel free to PM me I'd be glad to answer and help with anything.

Campitor: Unfortunately we are not likely to get the 1st and 2nd job skill updates prior to our planned work on the pre 100 leveling. These updates have not yet or may have very recently been applied to kRO. Which means we cannot request them until we get the requisite updates.

Thank you so much for the answers.

can you bring back kiel on MVP summoner?

MvP Summoner can be updated?

I like the idea of update periodically the MvP summoner, for example every 4 months (January ~ May ~ September). I know maybe a lot of people are fine with Central Lab and other instances, but for me one update looks nice and can be added good MvPs like Fallen Bishop, Gloom Under Night, Tao Gunka, Kiel D-01, etc.

mvp summoner was discontinued with the introduction of clab

Campitor, is there any chance that your cat will make a comeback for patch threads?

As a player who has recently came back after a long, long hiatus I'm interested in getting caught up with all the quests and exploration stuff that RO has to offer. Sure, it's a little flat compared to more modern games, but it's charming and it is part of why I like the game so much. However, I'd like to understand what the big hurdles are for receiving new content from kRO. I know ROM is a huge monetary drive for warp portal/gravity, especially compared to iRO's small population. Is kRO charging per update and prohibiting your ability to make changes to the game? I recall in the past (pre-renewal, I think) where they had given more autonomy to iRO and allowed you to implement quests and such. Do they still allow those sorts of changes or are you on a much tighter leash these days?

Sorry for the 20-questions, but I'm genuinely curious what the pain points are from the dev perspective!

can you elaborate on BG Happy Hour and BG reward?

Is kRO charging per update and prohibiting you ability to make changes to the game?


Thats the deal with every server but jRO

I mean if OCPs are better than the gears we have right now, it is fine, but it also makes future gears from KRO useless.(17.1 weapons are fine because we don't have many OCP weapons, but those garment, armor, boots, heargears are completely trash compare to OCP)

JRO has already changed all gears they get from KRO to keep the balance. Maybe we should follow that, otherwise I dont see any motivation for players who paid for OCP to farm new gears, which is bad.

2. BTW, will you bring JRO's enhancement system to IRO? Lots of ocps can be enhanced, you can make the enhanced material as reward of WOE/MVP drop to encourage ppl to play this game.

3. Did Gravity said anything about dupe issue in our server?

jRO enhancements would completely destroy the few remaining PVM items that are good.

Any updates on fixing the effect of Celine Kimi Card?

Release NOGH please. Vanilla OGH has no challenge somewhat. Even BRO release it before iro.

Will we have the cards of Brasilis and Moscovia still at the beginning of the year?

Hello, has sakray been updated with new items of ocp 28?

I actually like OCPcetion box which 1 box contain 3 random ocp box. I wish you could provide it on cash shop or sell it during firesale.

The calendar back idea is like, for know the right date of improvements at server, not only promisses. :/

When come new nice gears with slot fix for use new cards?

What's your favorite type of Poring

I have been out all week with a pretty bad case of bronchitis. But I am now on the mend and will be back in office for the DST maintenance. Early next week I will be hammering away on getting the bug reports from the update resolved and the OCP items into testing cleaned up. Xealot will be working to get them onto Sakray tonight. There will be no FAQ answers this week but we will resume them next week.

Will OCP still be on time on Thursday?

Will OCP still be on time on Thursday?

Yes. Xealot will add them to Sakray tonight after maintenance and then I will clean up any issues come monday.