Updates
Please note that these notes will evolve throughout the day as we review bug reports!

Will Anubis be added back in at some point?

Anubis were part of the Rachel update the first time around, so I wouldn't expect them to come back until we are well into the Trans era.

how long before this restriction is removed?

Expand characters slot please, we have only 3 per account

how long before this restriction is removed?

Hopefully only until the MVP card rework....but if that is a thing that might be happening, I would recommend just disabling them rather than removing their drop.

Expand characters slot please, we have only 3 per account

This is probably intended for now (beta).

party up to soak the damage if it is a legit problem for you.

or try to leave the screen when an mvp uses it

Or just have the earthquaking mvps portal cheesed. Got it!

it is a legitimate strategy that people used for years

GTB is a rather broken card. No item should remove a class from the game

That's why GTB (and Maya) were reworked for Zero.

Not 100% sure, but I believe the new stats for GTB were

Certainly still very strong, but that puts it much more in line with other super high end defensive cards, like Deviling.

I think those kind of changes are much better than just removing the cards outright, but with the way they've reworked so many of the MVP cards (though most of the changes are not quite that drastic) I feel like they need to be changed sooner, rather than later, if we are getting the new card effects at all. It might be difficult to change, say, Moonie, Doppel, or Phreeoni's card effects after someone already has them, since the change moves what slot they equip into. Bloody Knight being upgraded from a miniboss card to an MVP card is kind of a big deal when OCAs exist. Etc etc.

Were aware of the refine broadcast and will turn it off on next restart.

Can be used with other ASPD potions, increase the ASPD based on user's AGI. 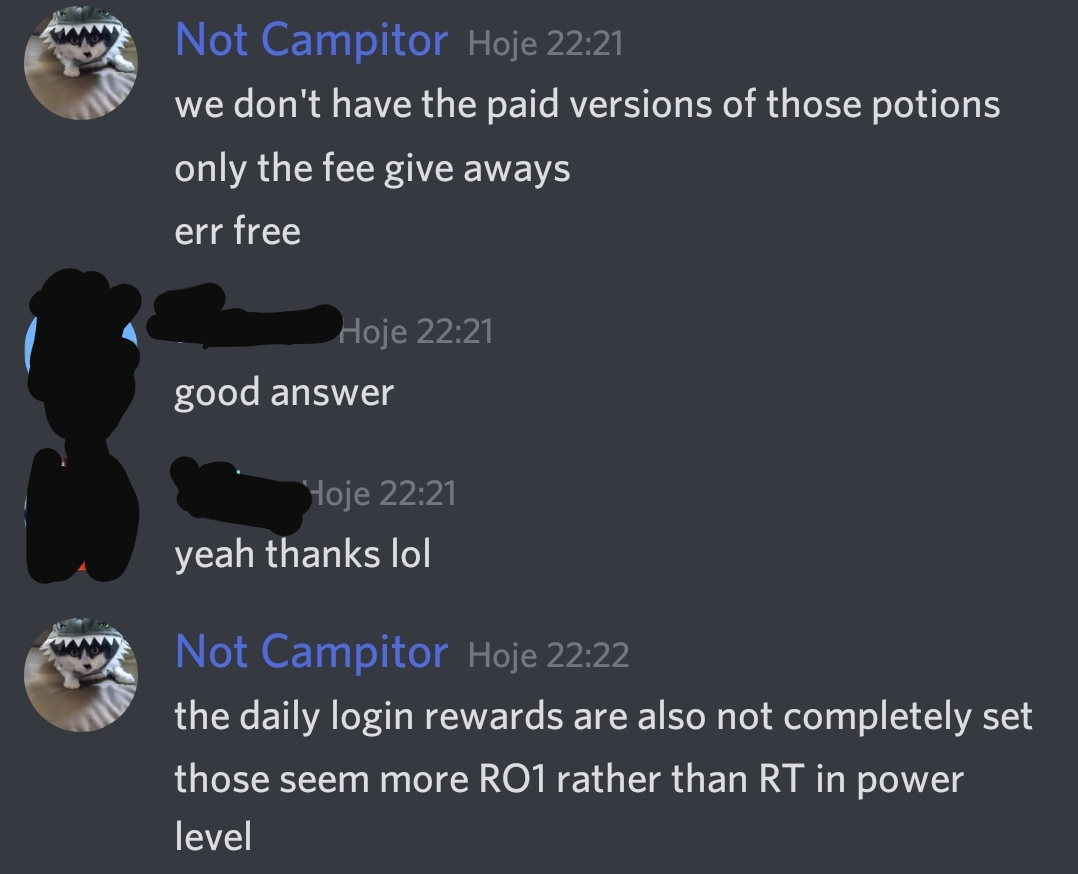 XP values are back to the low values they were some days ago.

XP values are back to the low values they were some days ago.

servers were previously running at a +200% exp. Now it's down to default 1x rates.

servers were previously running at a +200% exp. Now it's down to default 1x rates.

Their XP on classic server is 408/160. So its normal with classic level table.

Can we get a list of Options for the higher tiers like we did for tier 1? So far I've only seen one line of options even at Tier 3, but I'm still going to see if there's a possibility for more.

Back to Ragnarok Transcendence Patch Notes