This will be my offical thread for posting all of my ideas for iRO.

First suggestion "Vending" so this has to do with editing vends without having to close the entire shop maybe have a lock mode like how you have for regular chats and a edit mode like you also have for regular chats and in these modes you can visit the shop and see what people are vending but are unable to purchase anything until the shop is open to public also in this mode it'll be really cool if you were able to switch off different items or equipment from shop to cart and edit it freely. It could be like a really cool "Open" / "Close" shop system. This could be a really good idea because sometimes I make a minor mistake or if I want to change something really fast like a title or price or item and don't want to redo everything I just did. Back at it again with some good proposals!

Okay so first things first this is coming from someone who usually MVPs alone and has finally tried MVPing as a group so with that in mind I for one think that the MVP rewards need to be changed and the partying mechanics for MVPing brought to attention.

1. Having it so that the one with the most damage gets MVP is fine I have no probably with that BUT when a single player is competing with a large party for the MVP the scale tips towards the favor of the single player because the mechanics for party MVPing is non existing!  With that said can we make it so (at least for parties) the entire party damage output is recorded instead of the attack damage being spilt with people within same party. After make it so when and if the party gets the MVP the leader will be the one who gets all the MVP drop loot.  Again this only applies for people within a party.  Single players competing for the MVP will have nothing changed since they are soloing.

2. Having it so when someone does get a MVP they are rewarded with some cheap token like a berry or enhancement item that automatically gets sent straight into their inventory and the MOST valuable item THE CARD is dropped on the floor. THIS MY FRIEND IS A BIG NOPE! Not only does that not make any sense for the MVPER but also nearby people who just happen to walk by. So by changing the MVP drop loot where the card is sent straight into the MVPER's inventory rather than it being dropped on the floor saves cases of the card being dropped on a portal OR off a ledge or just some place where you cannot reach it in time. Oh yes not to mention it is also TIMED when it is dropped on the floor, this method will save many of those problems we have ALL faced.

If you have any questions or feel like you don't understand what I'm trying to say please let me know so I can further elaborate. Thank you. 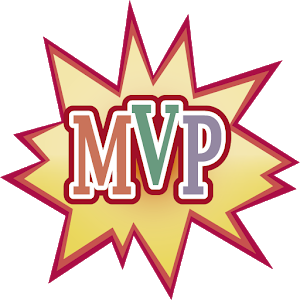 Back to Proposals and Suggestions