WHO ARE THE NEW NIGHTMARE TEAM?

I was wondering who will be the Glorious "Nightmare" Team that brings us the new experience of Requiem: Desiderium Mortis.

I've asked myself this, because in before I had a tragic incident...
As some of you may know, several years ago in the middle of 2014 I was banned from the game for some reason. I asked many times: "what was the reason why I was blocked?", but in no ticket was the answer given... Until now I still don't know why.
The only thing I've got, was this: 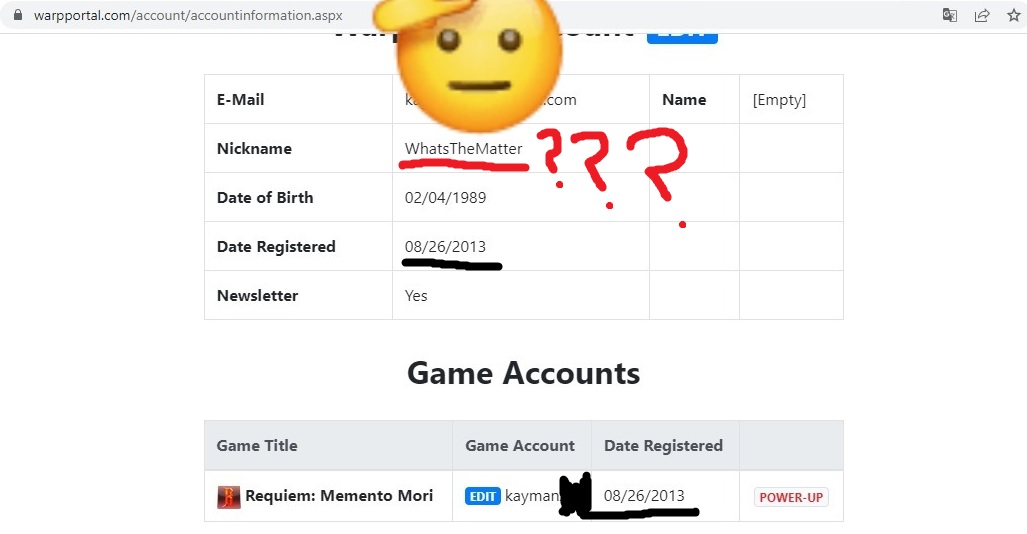 For some reason, someone changed my main character nickname (kayman) to "WhatsTheMatter". It's clear that someone had a very bad time with me to do that...I've been several replied by GMs saying that "I was banned because I've violated the rules of the game". ¿? Should I call the Scooby Doo Squad to solve this mystery?...
Well, time passes... Mistakes are left behind.
And I hope this time our Glorious Development Team and GMs are capable and impartial enough to make a better an strong community.