46 replies to this topic


Prior to update 173, The Elementalist was a class which did not live up to its namesake. The Skill Tree was minimal and condensed with too few skills and property damage from spells oddly distributed among non elemental types.

Post update 173, The Elementalist now has branches in the skill tree for each elemental property except Holy and Curse which will become exclusive to other classes over time. There are options to specialize an Elementalist in one or two types of Property Damage or to play a more useful support role, or to be at least adept with every element. 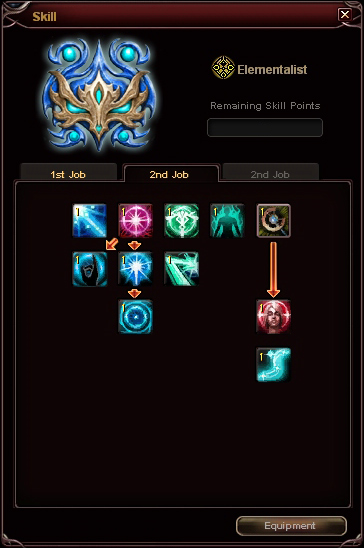 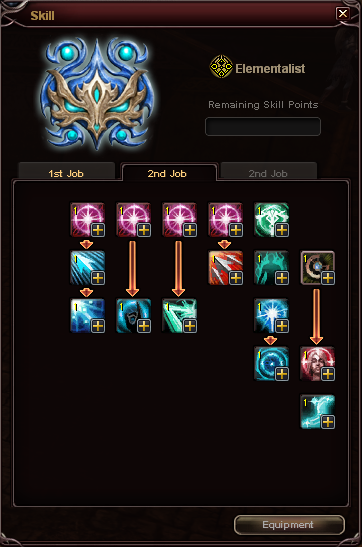 These changes are still subject to change.

Hydrophobia Aerophobia Pyrophobia Electrophobia okay mb idea was good, but how many skill points do i need to learn all this skills ?

make holy bliss a party buff, in raids elem spends 60% of the time buffing each player indivually and it uses a lot of mana buffing 15+ players

HOLY BLISS needs to be a party buff!!!

Resists is underrated or not?

Players can cap on Resists so easy.

and Pve Wise i doubt anybody will spent so much skill & DNA Points into it to make it noticeable.

Why not rename the Class...this feels enforced.

lets be honest ppls without another aoe elem cant get better...also all the magic damage buffs in BM and Elem are completely useless.

real change for elem is to put all the negative res buffs bak into 1 skill and add targets to it. aoe pls...i dont know anyone that will stand there and cast 4 skills to debuf one target lol...yall lost ur mind??

Those debuffs... not gonna cast it on every mob ¬¬

Those debuffs... not gonna cast it on every mob ¬¬

they could merge 2 together like fire and electric / wind and water.

and potentially make each debuff cancel out the former, possibly making elems cycle through elements? idk

How about a buff for a set duration instead?

they could merge 2 together like fire and electric / wind and water.

and potentially make each debuff cancel out the former, possibly making elems cycle through elements? idk

they could merge 2 [debuffs] together

This has been suggested over and over. I wish they'd just left it alone at this point.

I'm surprised you guys didn't take stealth detect off Ele.. Helium told me that he didn't think it made sense when we discussed skill changes.

I'm surprised you guys didn't take stealth detect off Ele.. Helium told me that he didn't think it made sense when we discussed skill changes.

I always saw it as a high enough master of elements would be able to see through stealth.

stealth detect should give immunity for stun too

You would think lol. Ele's are not special at all lol. We get two more pew pews and hp and mind buff. Oh, and we get to glimpse at sins while they afk in alban. That is the sum of our class. The new res debuffs barely count because of the lack of practicality. I want to be an elementalist, not this buffementalist.

HA and with the one target hp buff, I suck at the buffing part too! Hahahah

Alloponia shared a great idea the other day. If I remember correctly, the hp buff should be a party hp buff as well as causing a huge all magic storm within a 30m radius. I mean THAT is controlling the elements. This one element, one target crap is NOT a character that "controls the elements" worth a great deal. You'd think by lvl 90, you'd be a master. But no, you're just a higher leveled bm that can buff.

I mean THAT is controlling the elements. This one element, one target crap is NOT a character that "controls the elements"

kinda like the idea of adding the resist debuf to skills u are going to cast anyways...sounds logical and at the same time not being redundant like that pile of poop tree we got showed.

another way is to add a passive that would do this for elementalist as u cast each skill. debuffing them passively right before each skill is cast. this also makes sense imo. these characters are supposed to be MASTER OF ELEMENTS...not a slow ass. selfcasting all of these before u cast each spell is not ok...

Agreed, it'd make much more sense if they made it automatic with skill usage. Passive would work too, but it adding a debuff to the target for a set duration would be better in my opinion that way pve wise it helps with raids and pvp it has some benefits too.

But honestly, if I can cast a full -50% on people and it affect them by only 15%, that 20% res, explicid, would do nothing for pvp, but at least it'd be of a little use for pve. Unless you're just saying that's the beginning skill.

But honestly, if I can cast a full -50% on people and it affect them by only 15%, that 20% res, explicid, would do nothing for pvp, but at least it'd be of a little use for pve. Unless you're just saying that's the beginning skill.

I don't think its possible to get all resists at 80%+ for example wrecked ball II gets you to 80% fire resist,water and light. the 85 NM jewels and armor get you to about 50% electric and curse and you can up to 80% with enchants. But that leaves wind at 30% resist. So basically an elementlist would find a person's weakness and exploit it.

well if you look at this Second Job everybody just asking himself...where the hell is the fun?

de buffing is just lame..ya ofc. might be helpful at Boss fights but who gonna makes it there Main toon just for that?!

I play this Class mainly for Stealth detect and the nice AoE dots/slows.

But that comes mainly from the first job.

So Elementalist should have something much more interesting.

IF it has to be something with resist just make it a Party Resist up + 50 % for lets say 1min.

and fuse the Resist debuff together already like it was in the past - had more appeal ...mby make it a AoE

and stronger...how many Elements are left in the Game - for crying out loud^^

So Helium and myself got into the debate on the Elementalist job, in particular the new additions of the resist debuffs. From what I understand, it was to add more utility to the class outside of damage. My main concern was that the sound of the name,"elementalist" doesn't really give a vibe of being a defensive, buffing class. If it was a buffing class we should of named it like Aura Master or Buff Bot 2000 (A JOKE A JOKE!). So my main point I wanted to make was that if it did do a debuff of resists and only single target, then lets make it instant cast with damage as well.

I think the instant cast would help out in situations like PvP or fast movement PvE. What I also suggested was that while it should be instant cast with a decently long cooldown, it should be castable on other targets within the spell's debuff duration so if you need to cast on a second target, it should be available.

I think that idea got a spark of interest from Helium. We'll see how it goes.