Long, long ago, in the places we now know as Sograt Desert and Dayr Desert, existed a large and prosperous empire. This was the Solvive Empire, which was ruled by the just and attentive Osiris. Outsiders brought their own beliefs to Solvive, including the two sects known as the Synod of The Dawn and the Twilight Vanguard. These sects worshiped different goddesses. The Synod of the Dawn gave devotion to Sol, the one who bore the heat and the light of day for Midgard. The Twilight Vanguard worshiped Nott, the goddess of the night and darkness. Members of both sects provided animal sacrifices to their goddesses, praying that these offerings would strengthen their chosen deity. Members of the opposing sects were in conflict. The sects fought for their own interests, for longer days or nights. Growing tired of these incessant conflicts, the Solvive Empire ordered both sects to be banished from the kingdom. The Synod and Vanguard were cast from the desert, but the countless statues sculpted in honor of their goddesses left an indelible mark on the landscape.

Centuries have passed since the reign of the Solvive Empire, and little has changed. Decades before Surt escaped his seal in Morroc, there was an event that was marked forever in history. For weeks, the night did not appear in Midgard. Historians refer to this period as the "Neverending Sun". Wilted by the endless days, the Synod of The Dawn took responsibility for the neverending sun and proposed a peace agreement with the vanguard of Twilight. The group leaders at the time, Raymond Bazerald for the Synod and Azoth Hinori for the Vanguard, agreed that they would cease their fighting and would dedicate themselves to returning the balance between night and day. In the time after this accord was struck, the nights days and nights have returned to normal and both sects have existed peacefully.

311 years after the Day of Despair, the Synod of The Dawn and the Twilight Vanguard have returned to the Dayr Desert for the first time since their banishment-- and they are recruiting new members. Although the statues of their goddesses have been rendered unrecognizable by the harsh passage of time, their passion and devotion to their goddesses has flourished.

Goddesses Quests have been added to Dayr Desert!

New NPC and vendors for scrolls, new Goddess Coins added for exchange for costumes and other rewards!

We've lessened the requirements for leveling up through the Master Levels:

Rewards for certain quests have been changed

Experience has been increased for the following Master Level quests:

Monsters experience has been increased in Forgotten Payon

The following monsters have had their experience that give increased:

Some monsters have changed from aggressive to passive

The following monsters have been changed to passive:

Elements have been applied to some monsters

We've re-introduced the Element System to monsters that had previously not had elements applied. They include:

Skull Archers are now less aware of their surroundings, so adventurers can move around their zone more freely!

The following quest rewards have been changed to Mystery Chests:

You'll find new Notice Boards in Prontera, Alberta, Morroc City, and Jawaii that will help you to know when the Wonderland raid dungeon has opened!

In addition, we've eased the requirements to open Wonderland!

Find the merchant, Arang, in Prontera in order to trade your Eddga Coins for Eddga accessories!

The smell of fresh blossoms can only mean one thing, it's time for the Spring Festival.  That's right, fuzzy bunnies are hopping their way into Rune-Midgarts to share in the festivities.

It's time to collect eggs and finish some Khara Quests!  To get started you will need to find NPC Clinkz in front of the Prontera Fountain.  Keep in mind that you need to be level 15 to start the quest.

Here is a nifty guide on where to get started. Follow the quest to collect special event eggs. 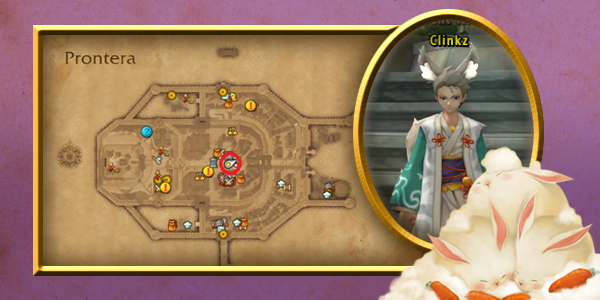 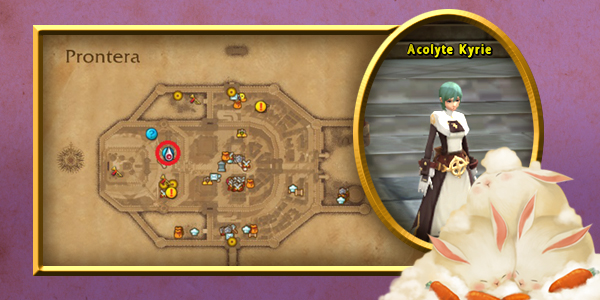 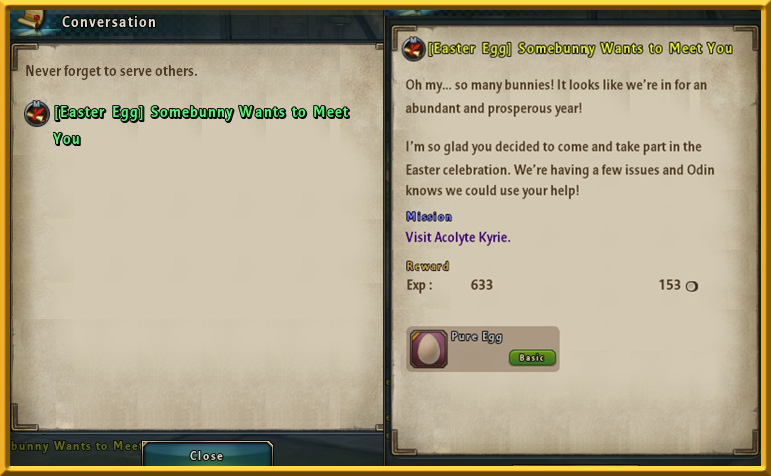 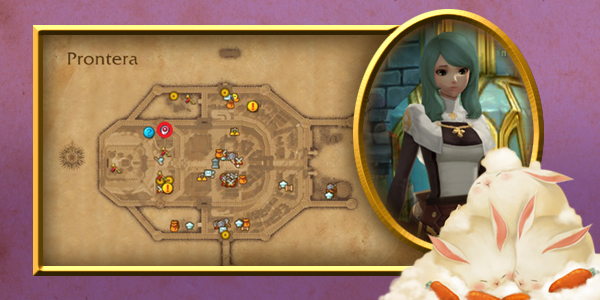 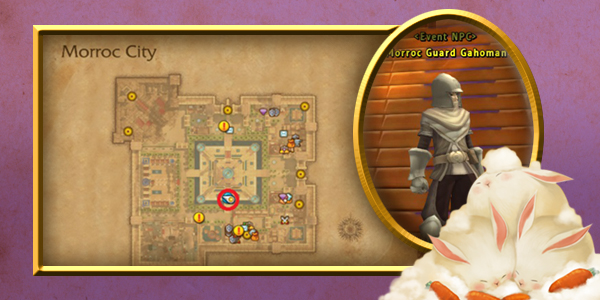 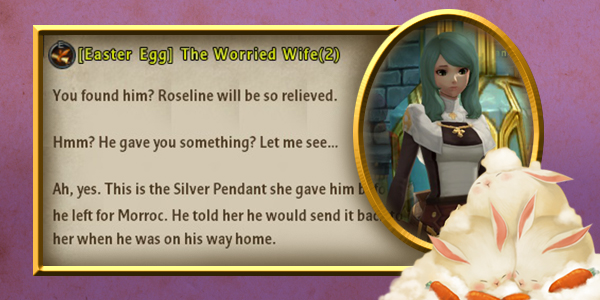 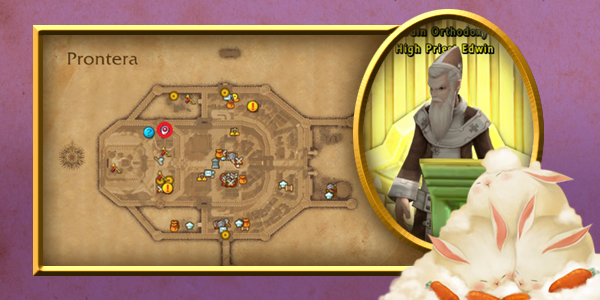 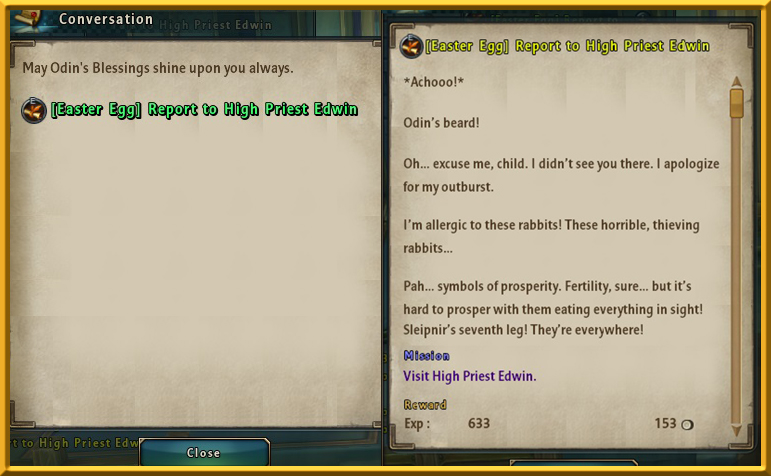 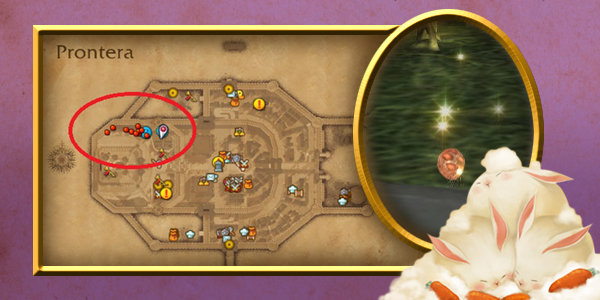 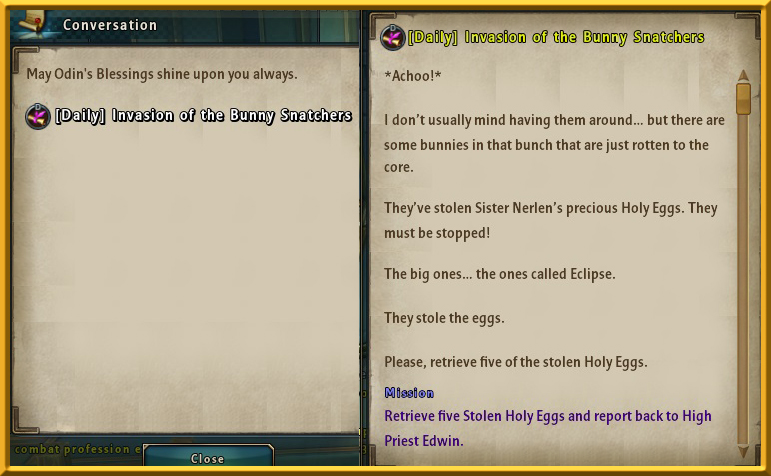 Now that you have a tidy collection of eggs

it's time to figure out what to do with all of them!

1. First of all, the Blessed Egg and Pure Egg can help you recover HP or SP for 10 seconds. 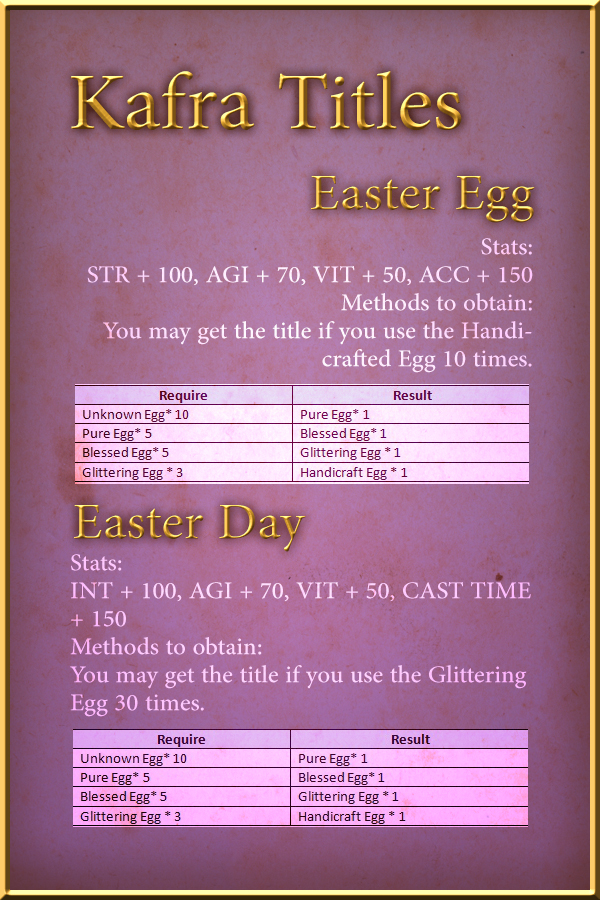 However, at this point you might find the need for more eggs.  Do not worry we have Kafra Boxes and Daily quests to satiate that eggy need.

For the Daily Quests meet Tokki. Once you have collected your eggs you may also trade them in at Tokki! Still angry that his plans to ruin Thor’s Reputation during the Winter Festival was stopped, Loki has vowed to ruin preparations for the Spring Festival. He has cursed the Bosses of Midgard with madness and now they look to destroy the peaceful cities of Ragnarok! Defeat them before they have a chance to wreak havoc.

Every three hours another Boss will spawn randomly just outside of the major cities and towns of Midgard, but be wary.  Loki's Curse has made them stronger than you may remember, so make sure to bring friends, but fear not, each Boss is carrying drops for your effort.

Each Boss may drop a variation of the following:

Elite Membership Packs are on sale for one week!

Grab your Gold or Platinum Elite Membership Packs while they are discounted for this week!

Looking to gain both Spring Festival titles? There's an Egg Box in the Kafra Shop to help you out for only 10 Kafra Points!

Awesome Patch in a while!

dahsdlSAHD;skalsdfjald I can't wait to this to be done!!!!!!!

What can we actually get for the goddess coins? Scrubs or something? please no 30 coin loki cubes or some garbage

FYI, Wonderland item requirements are less now.  I know I received a few questions about my wording.

We are working on a separate guide page for it that should be out soon.

I love change about MP and EXP of quest, it's amazing.

Thank you so much for this patch.

AWESOME! Keep it up guys~

O_O
so many positive changes! I'm loving it

Elements have been applied to some monsters
The worst they did, why do this? Now the pve will become really boring, it will all be easier, they are killing him.
Why use different elements in mobs of the same area?
Why use different boss elements of the same map or dungeon?
Have 4 weapons or be resetting the item every time is the solution?
Put a case of someone who does not have the resources or do not want to use the element, that person is tank, now how does the threat gain, having dps with such element? It forces you to use the element even if you don't want to.
I don't say that the implementation of the element is bad, but the form of distribution

Have 4 weapons or be resetting the item every time is the solution?
Put a case of someone who does not have the resources or do not want to use the element, that person is tank, now how does the threat gain, having dps with such element? It forces you to use the element even if you don't want to.

You don't have to have 4 different element weapons when your damage to neutral (When the monsters is still neutral element) is high enough.

Solution for threat with Tank? Provoke.

You don't have to have 4 different element weapons when your damage to neutral (When the monsters is still neutral element) is high enough.

Solution for threat with Tank? Provoke.

There are many tanks that find it difficult to get threat or don't have enough vigor to use provoke every time. There are very broken classes that with element will not be anything difficult to overcome in aggro to the tanks.Others can't maintain the threat by the vit. You have to think about everyone.

Goddesses Quests have been added to Dayr Desert!

New NPC and vendors for scrolls, new Goddess Coins added for exchange for costumes and other rewards!

Where is the location of NPC? and what scroll is it? New Dungeon applied or what? Guide Please...

Thank you dev team, VCRs, and everyone who contributed to bringing it. Keep up the good job!

what a patch. thx for your hardwork. keep it up