28 replies to this topic

It's the end of April, and you know what that means! 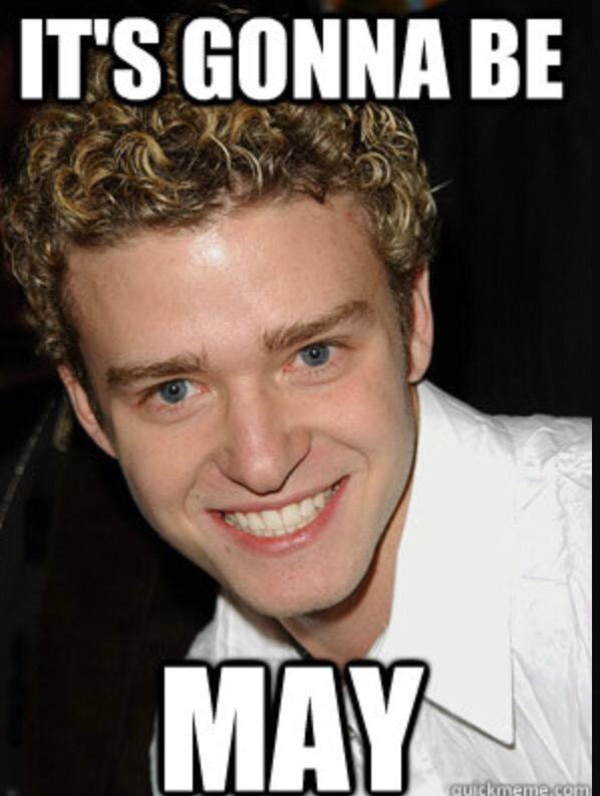 April Q&A will be released soon, but let's get started on those questions for May!

If you submitted a question late in the April thread, you can re-ask it here. There's a big chance we probably missed... all the ones on the last page, haha.

If you're looking for our previous Q&As, please check out the new compilation thread here!

1. Can you give more details about the Soul Reaper job class?

2. Is there a plan to develop and implement a better "day and night cycle" feature?

3. Is there a plan on making a "running sprite" for classes? It's kind of funny that you only see characters "walking" even though their movement speed is up [ and when Taekwon classes "Sprint" they look like they're only walking fast.

... 4. Is it possible to develop/implement a voice chat system for the game? (It's hard typing many words/orders to party/guild mates during combat.)

1. Would be possible to change a little how vulcan arm works? increase agi as a LITTLE damage modifier on this formula will be nice and will not overpower it ,If yes, could we add a buff to this skills to the mechanic new equip that will come with nightmare bio labs, the one who adds arm cannon dmg could increase vulcan arm dmg too, the same ammount per refine?

2. Could we request a verus armor slotting system? The 2 ones mechs can use can't have slots, but the only way to cut mado energy consume is by having a card on armor, and all other classes are SOOOO BUFFED and have so much buffed equips every update, like cylinder hairband...

3. Could we enable Adrenaline Rush to be used on MADO?

1) Are there any plans to revamp/improve homunculus growth?  Currently the homunculus does not keep up at all with the player, and loyalty is another problem altogether.

Not being able to fight alongside your own pet is pretty counter-intuitive, and if one wishes to obtain their loyalty skill (Bloodlust, Mental Charge, etc), it shouldn't take 2 weeks or so, especially if on VIP time.  It just feels like a waste of money getting VIP then hitting the wall that is homunculus growth.  The system is antiquated and was obviously designed for the 99 era, but we're way past that now.

2) Is it possible to fix the Homunculus S hitlock bug?

When are we going to get the feature that allows you to transfer items between storage, cart, inventory and trade just by using right click? Is it very difficult to implement?

Since they weren't all answered previously:

5. Players have expressed interest in playing on a kRO server. Would you be willing to open an English server on kRO for those players or allow players to play on a copy of kRO here on iRO? If not, why do you wish to deny those players a kRO experience, which pushes them to play on private servers?

6. We noticed kRO has an official market browser on their site.

Are there any plans to make this available to iRO for their website?

7. With all these RO spin-offs, how come you guys never thought to make a RO MOBA (Multiplayer Online Battle Arena) game?

Does the skill "Cart Cannon" in server iRO have a different formula than server kRO?
Can it be changed to be in-line with (parity) kRO?

I don't mind throwing in some cash for those extra MATK

Is pRO or SEA server will back and get merged back some accounts from iRO????

If happens, how they can implement our current update that we gained here and get deployed to a new server?

Is pRO or SEA server will back and get merged back some accounts from iRO????

If happens, how they can implement our current update that we gained here and get deployed to a new server?

Do you really think a new server will do this? Secondly, do you think it's a Renewal server that's opening?

2. Because the current base level is 175 will there be plans to add new maps/monster/town that would allow leveling from 150-175 which is not an instance or nightmare version of a current/existing dungeon?

In case these aren't answered


Q1: There are 1 or 2 English private servers that have lasted several years and have playerbases that are marginally just as large as our international server. These servers retain such playerbases cause their payment model moves away from pay to win and make many cash shop items the prizes of several quests after farming for a few days or weeks.

Are there any plans to renovate the structure of ROs gameplay and payment systems to pull players away from private servers and back to the legitimate servers?

Q2: Are there any plans to send us a larger variety of leveling areas for 150+ characters? We currently have two viable options and they're very boring/monotonous as well as rather difficult to get parties for.

Q3: Are there any plans to give Maestro/Wanderer equipment that buffs the effectiveness of their support skills? In parties they're only really used for 2nd job, pre-trans skills. The class would feel more productive if our myriad of buffs were more potent and desired.

7. With all these RO spin-offs, how come you guys never thought to make a RO MOBA (Multiplayer Online Battle Arena) game?

League of Ragnarok I love it.

Jesus Pete's. Every class having a character equivalent, or maybe bios monsters, have a few monsters available for characters... I wanna see this so bad.

Set it up like WoE, have Emperiums instead of towers, each having a different role... Have something like porings or like... Orcs as minions? Have desert wolves and stuff in the jungle, kill mini-boss monsters for buffs (Angelring and Devilring?)

Have some MvPs as large team buff monsters... Maybe cycle them in game...

Can we get double attack crit update? This should be a easy thing to add in.

Which will be the next update in iRO? 16.2 (Terra Gloria) or Rock Ridge?

League of Ragnarok I love it.

Jesus Pete's. Every class having a character equivalent, or maybe bios monsters, have a few monsters available for characters... I wanna see this so bad.

Set it up like WoE, have Emperiums instead of towers, each having a different role... Have something like porings or like... Orcs as minions? Have desert wolves and stuff in the jungle, kill mini-boss monsters for buffs (Angelring and Devilring?)

Have some MvPs as large team buff monsters... Maybe cycle them in game...

a MOBA-style WOE would sound pretty cool though!! Like a battle between 2 guilds... Woahhhhhh

Do you really think a new server will do this? Secondly, do you think it's a Renewal server that's opening?

Pasting my old inquiry again since it hasn't been adressed

1. Is there any possibility of making Spell fist and hindsight work together in some way? Currently there are issues on many levels:

-the way spell fist is applied is horrible anyways

-even after transition to sorcerer player does not gain access to new skill procs via hindsight.

-aftercast delay on bolts makes it impossible to use other skills in the middle of attacking, which was supposed to be the strong point of free cast

-with the renewal changes in matk skills which were already underwhelming took a heavy, unnecesary hit making pre-sorcerer skills pretty much worthless. Possible solution: INT modifier for bolts. Or some sort of bolt-mastery skill for sorcerer.

It's kinda annoying that Sorcerer feels more like a standalone class which has little to do with Sage.

2. Will 3.2 classes ever receive their Mora gears?

3. Is there any possibility of summons receiving AI system like homunculus?

4. Going through malangdo coin exchange is incredibly tedious because of many unnecessary text boxes. There are more NPCs like that by the way. In this particular case - would it be possible to add "exchange all" button or something?

5. Currently global skill delay simply prevents using any skill while it lasts. Would it be possible to add a buffer - using a skill duding global delay buffers it and makes the character cast it the moment global delay ends? It would be an immense QOL improvement for players with higher latency.

Just want to clarify because I don't think the devs understood my question.

About immobilization skills in game i.e Fiber Lock, Ankle Snare, Close Confine and etc. are there any plans on actually preventing trapped players to backslide/snap away? Right now, players are still able to move even when trapped. Is this a bug, or working as intended?

DEVS Answer:
I believe this is a bug. Depending on the stats of players or monsters, the trapped period can be shortened but if the player is still able to move while it’s trapped then this is a bug. We will check this matter through Warpportal as soon as available.

Please let them know that I am talking about REPOSITIONING SKILLS like Snap, Backslide/Frontslide etc. that still allows the player to move to a different cell even when trapped/immobilized by skills like close confine, ankle snare, fiber lock etc.

By logic(yeah I know this should not apply to RO) snared players should not be able to move, so if for example they tried to use Backslide while under the effects of Ankle Snare, the skill name should pop-up above their head but they should stay on the same cell, like using backslide when up against a wall.

5 - How much years will be needed to correct Night Sparrow Hat and Sea Captain Hat effects? 4 has gone already, 1 decade should be enough?

Yeah, and I feel sorry for the people expecting/asking about a possible transfer from Thor to the new pRO. How about playing on both servers?

3. Is there a possibility to reinstate the effects of existing items in Thor or if not possible clean/wipe them up from the server? It is not just gears but consumables. I know someone who bought that Twilight costume unknowingly. Can we have the effect of RWC 2010 hat back seeing that it's a Thor exclusive gear and it wouldn't even reach Chaos so what the reason for nerfing it? It's not an OP hat by standard and it's not even an end-game gear.It is just a poo poo hat with +1 aspd.

I don't even know why I ask this again for the fifth month but:

Can we get final confirmation as to whether or not a Mechanic who job changed after reaching 99/70 as a mastersmith retains the job bonus to upgrade weapon?

Please, need confirmation on this.

Quoting myself from January thread

As Tofu said: Are there any plans to balance Sura's damage output in PvP/WoE? In particular, Gates of Hell and Tiger Cannon's splash damage ignore reductions, are unavoidable, and kill nearly everyone in a single instant hit.

This is an important reason why WoE is dying ?.? Thank you

Back to The Compass Rose