Lord of Vermillion Arena (LoVA) is a MOBA game developed by Square-Enix a company known widely as the creator and publisher of Final Fantasy. This update is exclusive for Japan’s Ragnarok Online and tied LoVA's contents into the game since November 4th, 2015.
As a 1 year half experienced JRO player, I’m going to do my best explaining it in English.

Suddenly there’s a “Distortion of Dimension” occurred at the southeast of Prontera. When many adventurers heard of it and came to explore, they heard a voice requested for a help from the other side.
They boldly jumped into the “Distortion of Dimension” and met a girl inside the gap of time. It seems she has lost her memories but the “Illusionary Seal (幻影の刻印)” appeared upon contact with adventurers.
“My name is …. Dux… Yes, Dux Tia (ドゥクス・ティア). An outsider who comes from every world to who leads one who possesses the seal”.
She will recall her lost memories through the conversation with adventurers. To strengthen the power of adventurers who possess the seal, she guided many adventurers to the place named “War of Eternity”.


Spoiler
the in-game text is shown as “War of Constancy” which I have no idea if it’s correct or more accurate translation than mine.

An instance dungeon gives amazing exp reward as well as many cards that are exclusive to Japan’s Ragnarok Online.

- At the southeast of Prontera, the capitol of Rune Midgard Kingdom, there’s a “Distortion of Dimension”. Click it and enter the gap of time. - Speak with Dux Tia to progress the story. She gives player the “Illusionary Seal (幻影の刻印)” and then guide player the gate to “War of Eternity”.

- A party with at least 1 player is required. Player must create it.

- Examine the gate located at the back of Dux Tia to reserve the instance dungeon creation. Once the reservation has done, the dialogue box will display “Created successfully (作成済)”. Click the gate again to enter.

* This instance has creation cooldown of 1 day. Once finished, player will be able to enter again at 5:00am of the next day.

* This instance has EXP reward cooldown of 2 days. Once player has received the EXP, player will need to wait until 5:00am of the next 2 days to get EXP reward again.

The goal
There are things player and his/her teammates must do within 15 minutes.

Spoiler
1. Destroy 5 pillars Suppress 5 Minion Arks. 4 of them are located at the corners of the map and 1 is located a little south from the center of the map.
Player must move close to the pillar and click it to begin the destruction (Standing far away from pillar is not allowed). Each pillar takes very very long time to destroy. However, if “Illusionary Seal” is put on (accessory), the process will take much lesser shorter time.

* It is recommended to have 5 members take care of this task so that it ends much faster. 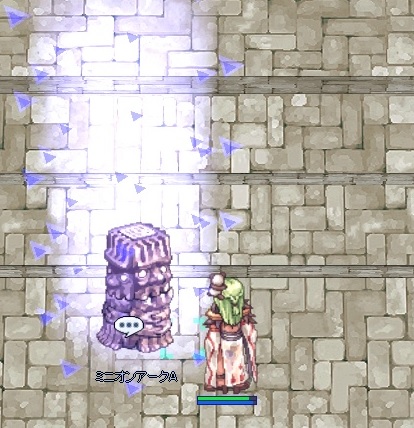 2. I don’t know if this is an optional but there’s a “Giant Baphomet (Gate Keeper)” and his minions at the north gate which are extremely dangerous. Party leader must enter the portal located at its back and all members are automatically teleported to the final room. I think beating them will be able to enter the portal much easier. 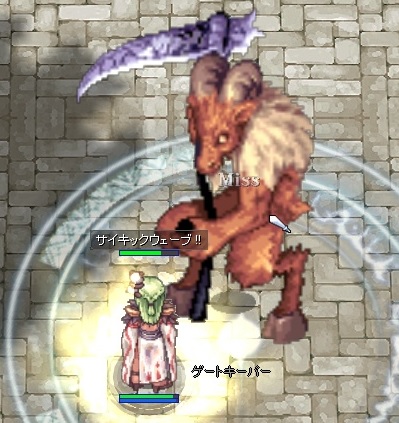 3. At the final room, beat all the biolab monsters and talk to Dux Tia to get “Orm” points (オルム) Difficulty Levels
Like many instance dungeons, this too gives player 3 options of difficulty levels to choose. They give different rewards.
Spoiler
1. Beginner - Required level : 9 or above
Minions and bosses are very weak. This level is for the low-level player who tries this dungeon for the first time. When finished, player gets 500 orms.

2. Intermediate - Required level : 90 or above
Monsters are stronger but still solo-able for many 3rd jobs. When finished, player gets 1,000 orms.

3. Advance - Required level : 130 or above
For short explanation, very very hard - -”. Impossible for many players to solo even if they are 150 or above. Many spells from the enemies like “Lord of Vermillion” or “Jupitel Thunder” are super deadly if there’s no proper gears to defend. This is the most popular level among players at JRO that they like forming up a team and enter this.
Gives 1,500 orms when finished.
Spoiler
I always prepare an “Excelion Wing with triple R-Wind” and a shield with Thara Frog/Khalitzburg to reduce the damage. But I’ll be extremely vulnerable to other spells such as “Storm Gust” or “Fire Bolt” 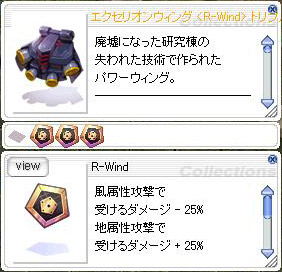 Orm points (オルム) can be spent at Dux Tia inside the time gap. After finishing the "War of Eternity", talk to her to get rewards.

- Every 500 orms can be handed over to Dux Tia to do a “Transformation Ceremony (転成儀)”. This gives player a random reward. There’s low chance to get the LoVA card or “Dux Tia’s Tiara [1]” by doing this.
(An option “Do 3 ceremonies at once” is prepared for the player. This makes it much easier to consume all 1,500 orms and get 3 random items.)

This enchantment only upgrades the “Illusionary Seal”. Every time player requests Dux Tia to do a “Transformation Ceremony (転成儀)”, there’s also a chance to get “Mana’s Fragment (マナの欠片)”. There are 7 types of it. 5 of each type are required to do the “Seal Enchantment” for adding more useful effects.

Accessory, no effect at all, no job restriction. 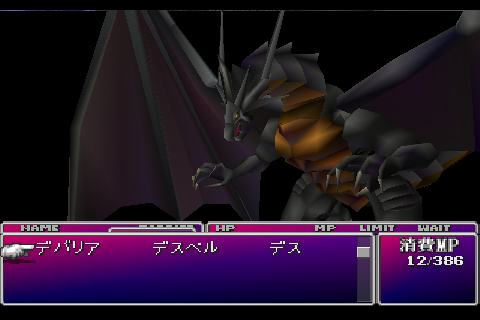 10 LoVA cards with 1,000 orms can be combined together to create the “true form” version of the card.

This BGM plays while destroying 5 pillars.

This BGM plays at the final room when fighting with biolab monsters. Look, I got a Lulu card and immediately kicked out of server. Oh my god.

Maybe someone around there hated it (LOL)

Edited : Corrections to some translation errors.

Those cards are nice holy crap

I only want the cute crystal horn costume. Wish iRO could get these.

I don't know how IRO put stuff from JRO in Overseas Care Package. Maybe it would be there.

According to Unitrix (Similar to ragial.com of IRO). Ragnarok card's price is 6~7M.

And the true version of it costs around 80M. Which is extremely expensive.

Maybe it's the attempt JRO tried to balance the skills? As far as I know, when I was playing at TRO or IRO, the Gravitational Field was a spell everyone (including me) forgot about. Skills like "Quagmire", "Frost Nova", "Storm Gust" are more worth a point.

jRO uses different mechanics from kRO (and by extension iRO), so the items they have are catered to their server.

Looks so soft and warm.

Dunno what to say except that the art is gorgeous....