Hello guys! I've been lucky to get a key and test the new server. Strangely enough, I have more questions than answers!

We know this server is not supposed to be a 1:1 of the ragnarok zero, but:
-Where are the elemntal enchanted weapon drops? Will equips in general (not just weapons, like in zero) drop with extra enchantments at all, at some point?

-Will skills soon have the rebalance?
-What exactly are the zero mechanics you guys ARE looking to bring to RT? (You guys seem to dodge this one on other topics).

Feedback:
-It seems that this server, for now, is just a renewal server with pre-trans content. I was expecting the new item drop system at least (with enchantments).

-The lack of kafras was a problem, but I know it was not supposed to be this way and they will be where they should.
-The wrong monster stats, and locations, makes we wonder what else was a copy/paste from another version, it is not a problem by itself, but it shows  lack of attention (it's fine, it's just a closed beta).
-People were complaining of lag, but I had no such problem.

-Use the new skill changes as soon as possible. This is the most important one. The server should've started with them IMHO.

My first impression is: This ragnarok is a normal version.

This is not a ragnarok zero version of the game for sure.

The staff still don't know what will be the main focus of the game mechanics.

The game is in closed beta, a lot of things can change until the launch day, my question is:

What type of game i can expect on launch day:  renewal with minor changes,  full zero mechanics, renewal with big changes or  something that WP can't describe?

Will game cash shop  be only costumes and vip service?

If the game is not a 1/1  copy of ragnarok zero kro server. What type of zero mechanics we can see and what we can't expect?

If the game is a renewal game with some changes. what we can expect as different from normal servers?

My impression about the closed beta right now is: "WP take a  renewal old version of the game and is trying to make it fit the player expectations"  Am i wrong about that?

My topic get locked, i hope people talk about those questions here.

What type of game i can expect on launch day:  renewal with minor changes,  full zero mechanics, renewal with big changes or  something that WP can't describe?

about this part ro:zero it is renewal with change, there no such thing as full ro:zero mechanics.

about this part ro:zero it is renewal with change, there no such thing as full ro:zero mechanics.

He wants to know to which path the server will go.

not even gunslingers? that sucks, but this beta test is for securing connection stability-login-creation stuff.

it apparently uses the pre renewal world map, and i totally forgot how to navigate around the sograt desert

i feel like im doing beta test on roph the only it change is the some interface in menu and pet system but i want to see the changes of 2nd job skills not to mention the exclusive equipment...

just got eaten by renewal desert wolves a while ago

When will kafras be back??? cause they sure aren't in morroc..

I am almost level 30 and still can't get out of the desert.. no gears available in morroc or anything else lol

When will kafras be back??? cause they sure aren't in morroc..

I am almost level 30 and still can't get out of the desert.. no gears available in morroc or anything else lol

So, will any warp portal member tell us if the Zero mechanics and/or the skill changes are coming, pretty please?

We need a dialed down list of what we can expect as far as the following before a good portion of us can get people interested in whatever this is. Saying its not a 1:1 zero and its not restart and it has renewal mechanics and pets isnt a barn burner.

1. Yes
2. There were no plans to revisit them yet. But that can be a future project.
3. I will share a dev blog on this by the end of the week but were plotting out the first one.
4. Most of the kRO one will eventually arrive just not all at once.
5. Modified
6&7. Itll be part of the option system and the fever dungeons.

refer to most recent patch notes

My first impression is, the server doesnt lag, and is pretty smooth so far, compared to other iro servers i have played.

I play from outside usa, and this is quite an issue but i am very happy for this improvement.

I think this is a terrible experience, i know is closed beta, but after a couple hours last night, map say there is "A lot" of mandragoras 2x north from geffen, i go there... 0 mandragoras in map. the usual garbage, i dont understand why they cant get their spawns right... This is the most important thing, i can deal with the garbage that is renewal, the garbage that is going to be the pay to win kafra shop. but if you get the spawns wrong, my experience as a player is ruined,

im thinking from today that this will be another ReStart, which i played 2 hours saw i had exp penalty and all that renewal crap and i quit. because i didnt have any need to begin in a garbage mechanics server, i played classic till the end.

Now that i dont have classic, i need to play renewal but this is crap... i dont understand why they cant just put 120 mandragoras at east pront like they used to be.

i played in renewal for some time ago and playing at RT is such a nice experience, i still dont have poring pet, but it will be my priority if i have time. i understand that its in CBT and lots of things will be change. hoping for a great ragnarok experience in RT

refer to most recent patch notes

Thanks, man. Sorry that I did not read all the posts before asking. Shame on me.

I just want my gene and my op ranger back on chaos server. I don't need this stuff.

We just want the game to improve so people will actually care about the game and not be too engrossed in the idea of "being op".
We don't need this anti-progress stuff.

I dunno how doable is this but is it possible to isolate the vend purchase sounds? (similar effect if you type /tingonly for chat/pm notif sounds)?

The results of Ragnarok Transcendence is pretty simple.

A. WP simply cannot afford to caught up the price Gravity is asking for Zero.

B. So to keep their promises, they decided to implement some minor upgrade packages from kRO into the same old Ragnarok engine and give it a new name--Transcendence. We all know that the old servers that was previously used to host Restart and Classic are still around right? It makes economically sense to make good use of these servers sitting on the shelves.

I think 2020 will finally be the death of RO1 forever. Happy holiday everyone!

Roberto is missing, how can i craft arrows nao? 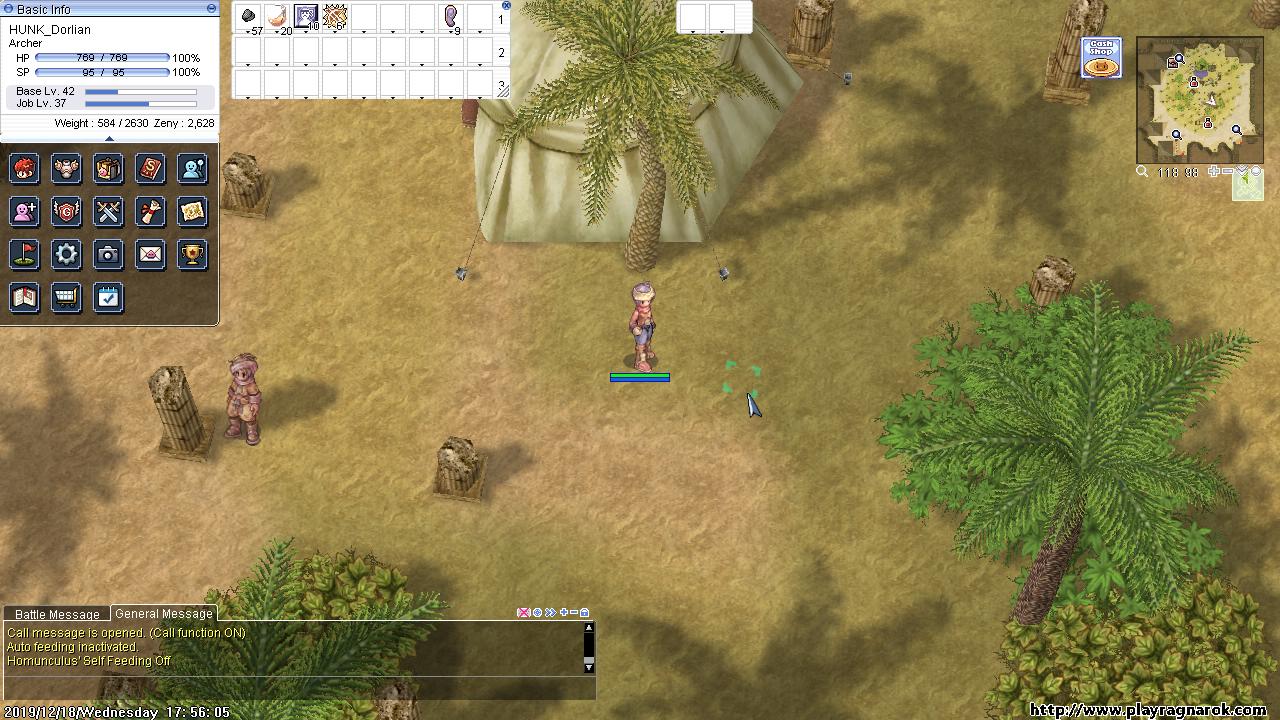 Pretty sure he's in his old spot in Morroc, left of the center Kafra.

most of the npcs that were customized are gone (eden, kafras, etc). pretty much like an old version of ro where you have to start from scratch and the exp is insane like classic lvl 98 exp was 0.5% per hour on high orcs/raydric and without bio3.