93 replies to this topic

Spent 20K WPE and got 0 shields and a whole whopping 5 Prize Medals. Yeah they better bring back the original effect or else people will be pissed and never spend again. I'm going AFK for another year until they get their -_-s together.

Enchant in 4th slot. You can choose and enchant this if upgrade level is +6 or higher.

Thank you for removing a lot of the junk that just feel awful to get like the single mercenary and 5 mystical amplification scrolls, (tbh I wasn't thrilled about getting +7 ticket at such a high rarity rate either but mine is still in support ticket limbo for almost 8 months now anyway) I also agree with a lot said in the thread about the quantities of the consumables (BSB in particular) and the upgrade level nerfs needing looked at, but I would also really like to see the number of shop items available that give keys increase for once as well, they don't have to be amazing deals but they need to be something different once in awhile.

Also can we PLEASE get some Battle Manual X3 in a box with a key, or as a prize, or the 1-per-key freebie? There's been no way to get the consumable version since OCP/Ygg format left.

You can get 3x BMX3 from Spooky Machine at a 0.384% chance. The average number of tries is 260. For example, if you had 9 accounts with 15 characters each and only rolled the dice once a day, you should get the BMX3 prize every other day. The cooldown is 16 hours, so you could roll the dice 3 times every 2 days.


because it's not the same category, thr same thing you see with Imp/Siroma cards, 16th night, or the new suffragium/magic strings

everyone's happy with old bad OCP items because of grandma boxter! IRO staff is so dump i don't know if laugh or cry...

could you please tell the studio that in IRO there's this npc called grandma boxter that does what she does? lol

[1] what happened with the cylinder boots is bad, how about promising us with a unslotted version with the original effects in future kachua?

[2] +15 on the guardian soul is cruel, I am sure players won't really mind if it's +14, which is neither too tough, neither too easy. Regarding the reducs of guardian soul, you will need a pretty meh built to utilize it fully.

[3] Enabling the enchanments of these kachua gears will calm down a lot of players, i am not sure about the post effect to the game environment though.

That 1 pc Prize medal should have been 1000, somehow the programmers might have been rushing their work and made a typo.

WP must make compensations for these as players already suffered from it.. 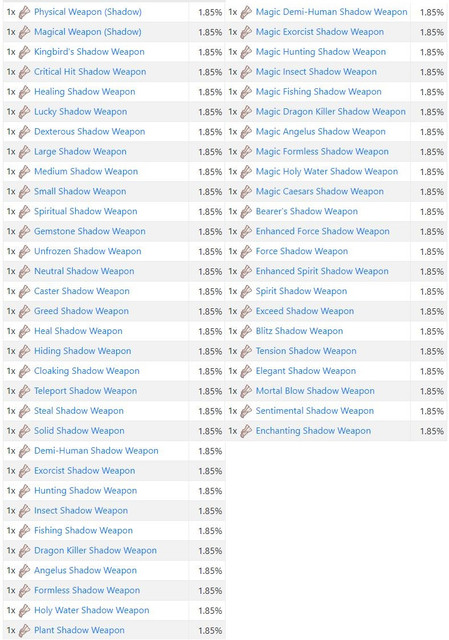 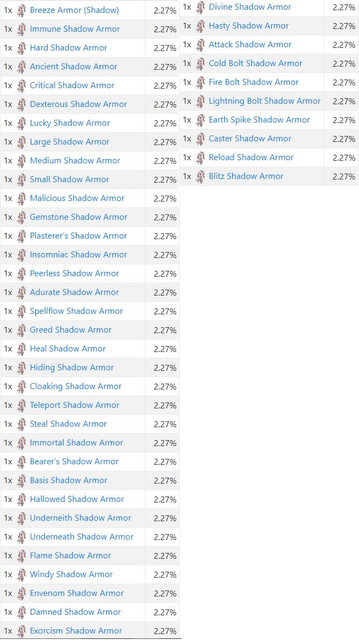 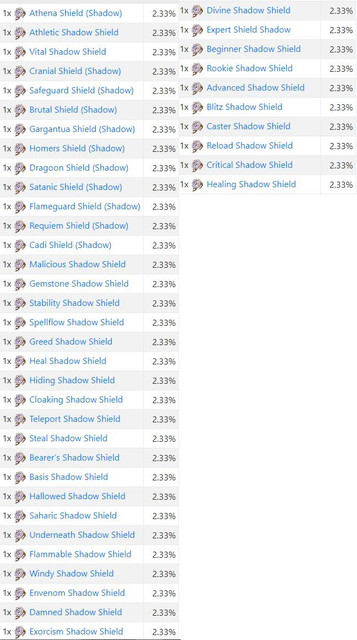 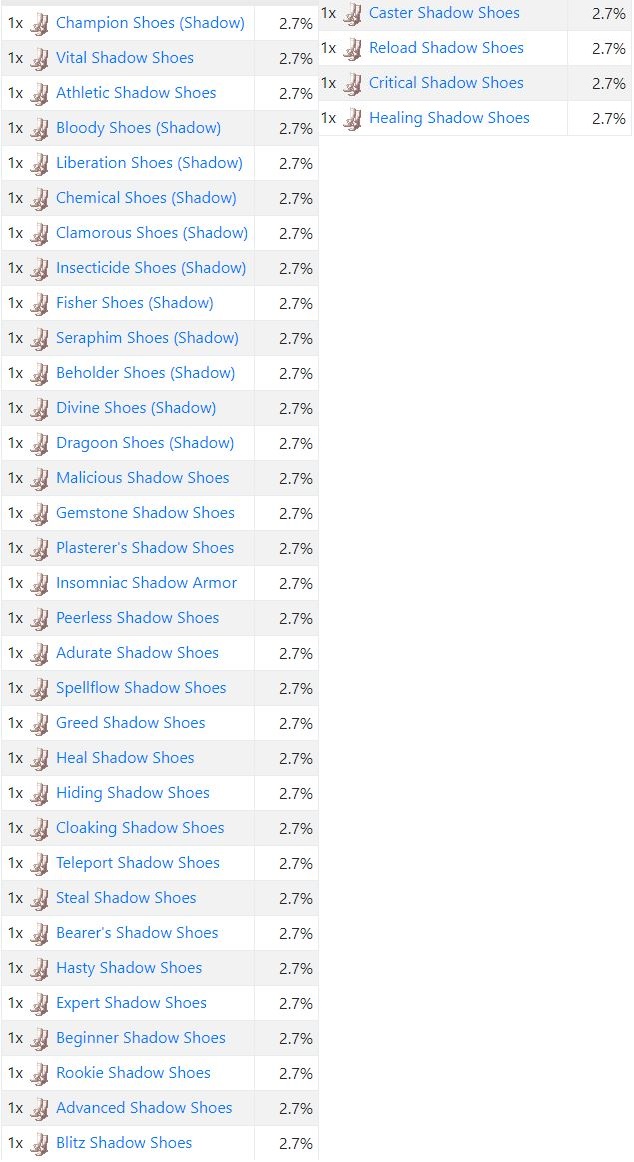 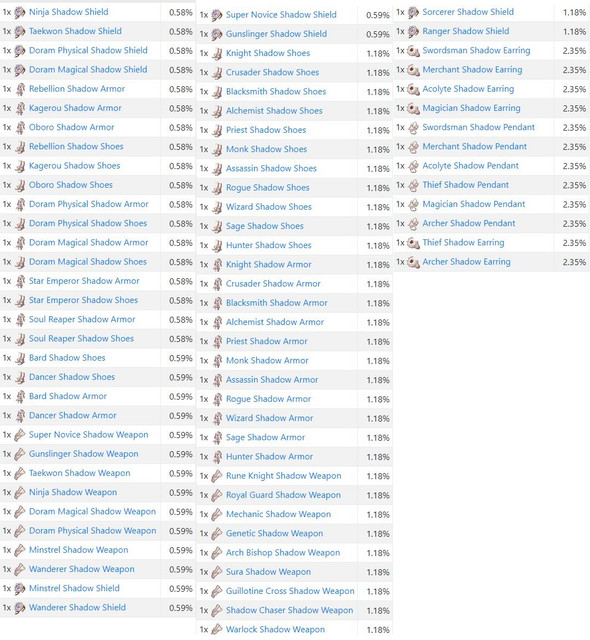 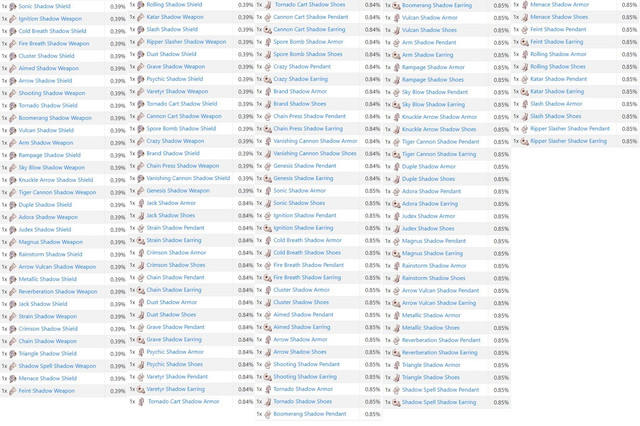 Since refining shadow equipment is a hassle without Enriched Refine Event, please consider adding this item to the kachua, it's also on the kRO kachua as well.

Even though as controversial as it looks to get 1 BSB per key, the game needs to slow down by a lot. This insanity of giving things by a bunch it's not healthy for the economy. Refining equipment should be one of the most expensive things to do in game since this will basically dictate your end-game potential. That's why also the Enriched Event and Mad Bunny Event are things that have been decaying the population for all these years, people are getting to maxed pretty easy and eventually they get bored of playing. Of course, this is particular related to lack of in game content but then again, having these events available makes things way easier and irrelevant to a point that people are getting bored too frequently even though there's new content.

Bunny, just like MA and all other easily accessible OP OCPs have made game become so boring and easy. The sooner and easier it is for players to reach end game, the faster people quit the game.

Don't know what Camp can do but like I said, as long as current OCPs are left untouched, doesn't matter how hard they try to nerf future cash items, -_- won't fix itself. Players will one hit delete AoE, feel godly, get bored, blame kRO first (don't forget lol), then quit.

I love the idea that you've put in some bad OCPs there. At least people can try to rebox after.

Where are BMx3, BBs, or Odas? They should also be included in the keys.

That 1 pc prize medal and other OCP items from yggdrasil ascension 4? I thought you will not put anymore OCP items?

Campitor are you aware of the items you put? Please reply in this thread.

GMs, i only remind you that there are 1100(?) players left and the numbers will go down according to your next wrong decisions be careful next time.

Hello! Thank you all for the feedback so far.

So usually when we do these threads, we compile all the feedback and send them to upper management (including HQ). So that's what Astra and I are doing today.

[1] what happened with the cylinder boots is bad, how about promising us with a unslotted version with the original effects in future kachua?

[2] +15 on the guardian soul is cruel, I am sure players won't really mind if it's +14, which is neither too tough, neither too easy. Regarding the reducs of guardian soul, you will need a pretty meh built to utilize it fully.

[3] Enabling the enchanments of these kachua gears will calm down a lot of players, i am not sure about the post effect to the game environment though.

I agree. It took me close to two years and $1000 bucks just to +14 my bio5 headgear when I was more active. The blatant cash grab is only steering me away from spending more on this game. I can't even imagine how painful it must be for those looking to 15 their GS. I think +13 is fair for both the players and the "studio". Why? Studio will actually end up making more due to the quantity of people upgrading their GS to +13 versus the one who supposedly already quit that may or may not try to get +15.

Poor marketing vs smart market is key to success for any game studios.

The 100% hard defense is for axe tornado and other skills cause in jRO, they are actually viable damage option.

yeah genetic sure only has those skills

Back to Renewal Foundry