Name of skill with issue: Desperado
Type of Issue: Function

The skill still lingers even after a successful fly wing destination point. Monsters would notice me immediately after a Flywing jump, even in steady position,

AI detection is much faster than Graphic display, so id probably die before i be able to move.

Other skills in other class doesn't have this "lingering skill effect"  like DB, MA, Tornado Axe, Arrow storm, every time you use flywing, the skill immediately resets on the next jump point.

The resistance formula for this status ailment has been reversed.

Having more INT status point lowers the resistance and prolongs the duration.

Having less INT status point increases the resistance and shortens the duration.

INT provides the maximum resistance and lowers the duration.

A maximum resistance of 95% and a minimum 5% chance of being inflicted provided by 125 total INT.

Location (if applicable): n/a
Type of Issue (choose): Function
Describe the issue: Physical Damage boost does not seem to be working (at +11 at least).  Provides no change in damage to punching and melee weapons.  Seems to provide +~10% damage increase to ranged physical weapons (bow).
The description indicates a cumulative Physical Damage (both ranged and melee) damage increase.  Would expect to see +20% in both of the cases described above.

Description indicates 7% damage increase to Normal monsters but should indicate Boss-property monsters instead.
​Screenshots/replay of issue (if applicable):

Its damage to Boss

Location (if applicable):
Type of Issue (choose): Enchant not working
Describe the issue: The weapon to be enchanted does not show on the enchant menu which concludes that the item is not working.

Name of item/skill/NPC with issue: Paracelsus Gloves
Location (if applicable): N/A
Type of Issue (choose): Script / Function
Describe the issue: Per item description it should provide reduce After Cast Delay by 10% when cart boost its level 5, instead its giving +10% ASPD (Attack Speed)

Describe the issue: The item is gone after double clicking. Item creation screen shows up but nothing happened after clicking the Create button.

Location (if applicable): N/A
Type of Issue (choose): Script / Function
Describe the issue: The bow should add +17% more Damage to Demi Human Player in PVP.
After compared to another virtual bow with same level upgrade inside PVP , nothing identical to +17% damage description. Every results show same damage to non enchanted Virtual Bow.

Client begins to render animations incredibly vividly and very slowly.  In my case, I keep /skip on.  The effect is somewhat similar to /skip being off.

Client needs to be fully closed & restarted to fix.  Pseudo-fix can be done by toggling /skip Off and On again: effects resume correct timing, but are still extremely vivid/opaque.

A single ME has the angel animation propagate extremely bright/opaquely and over the course of 3-5 seconds instead of ~1.5 seconds. 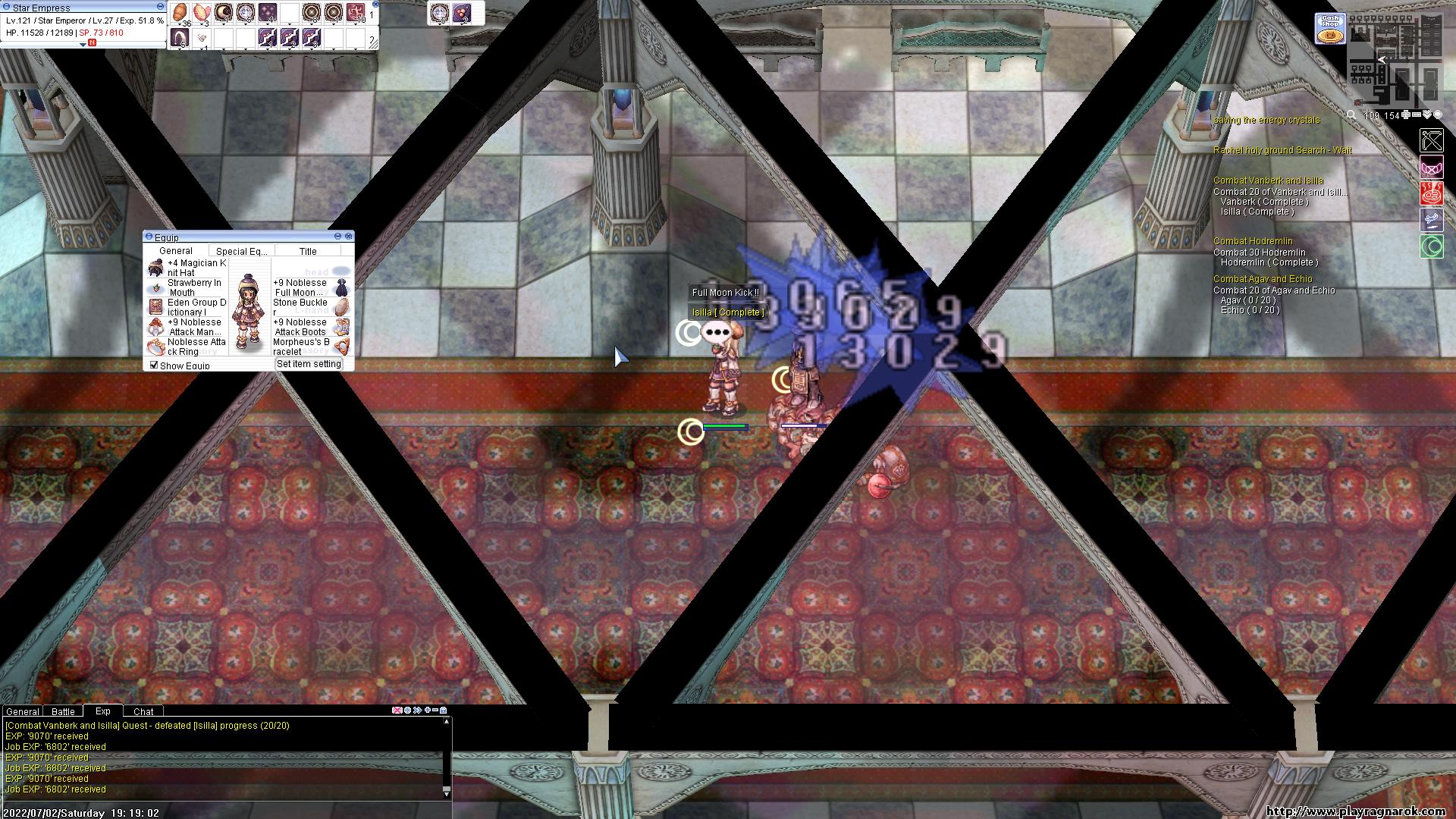 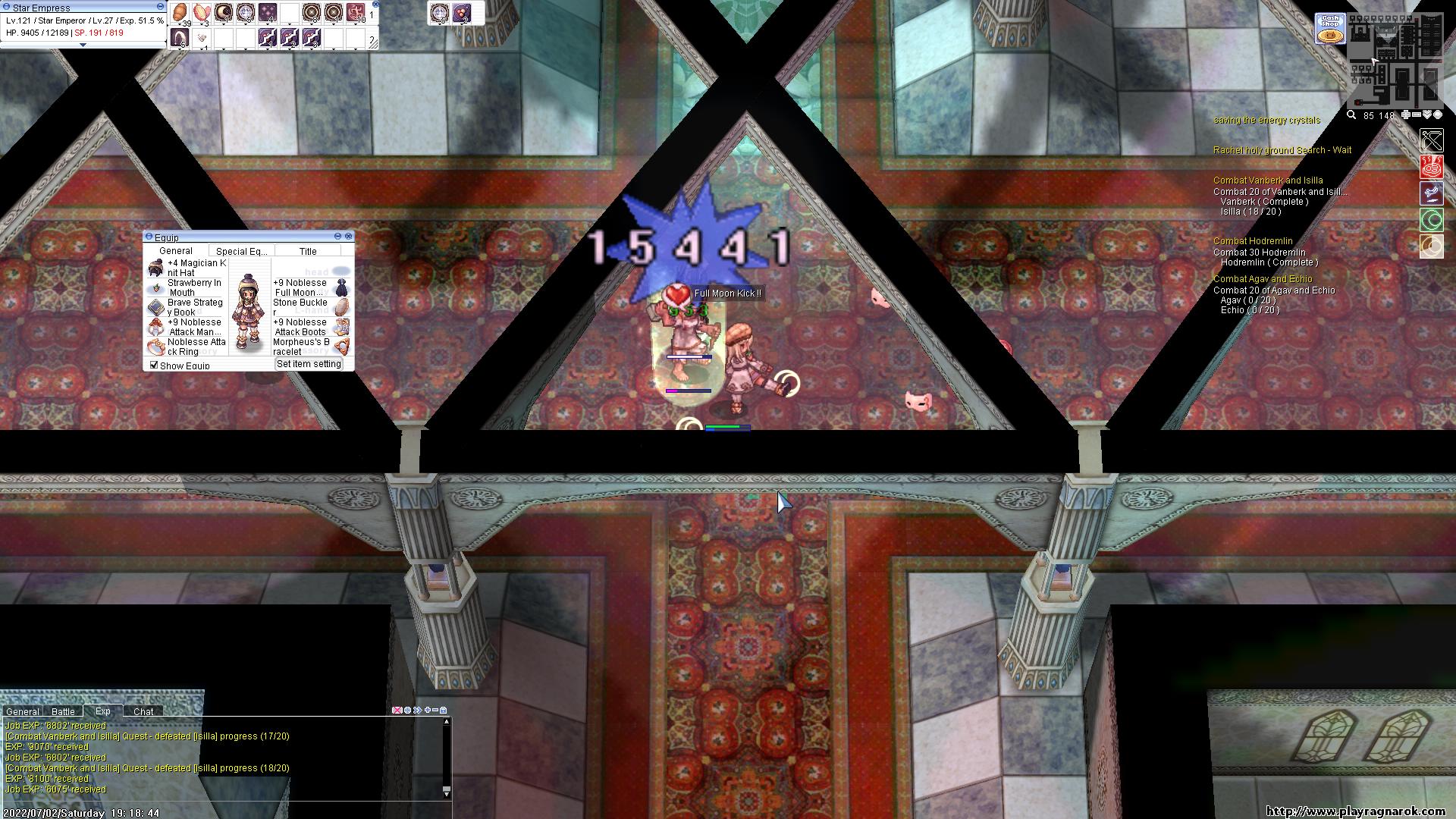 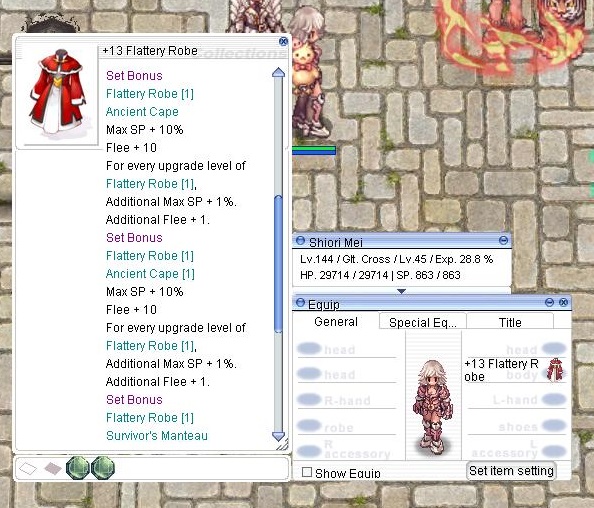 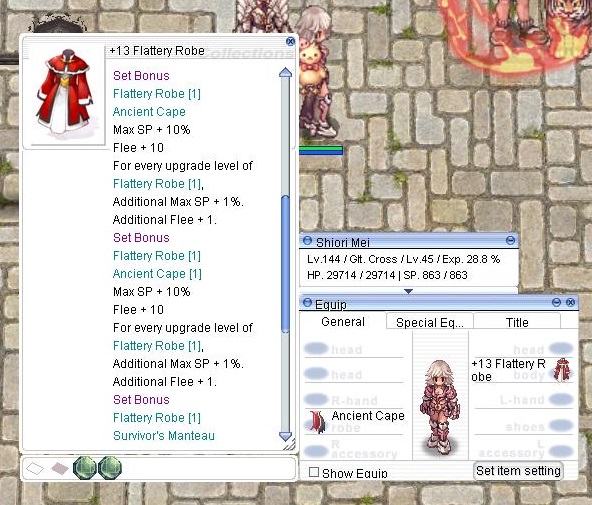 Name of item with issue: Ring of Adoramus
Type of Issue (choose): function
Describe the issue:

+70 Def is not working as advertised. 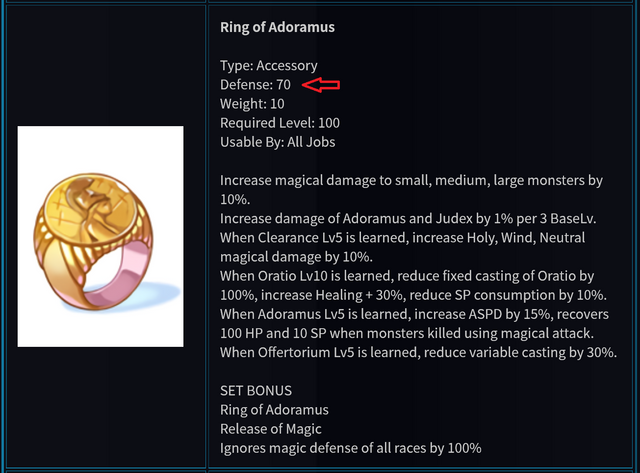 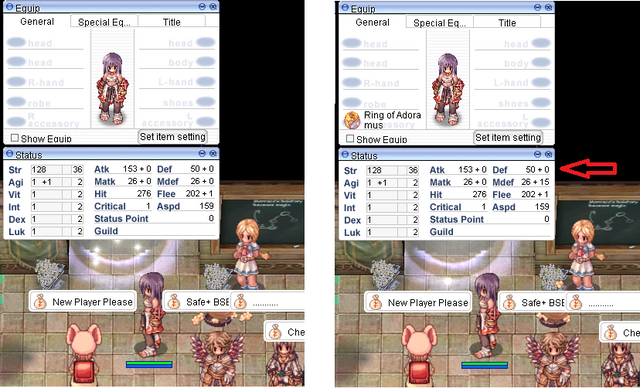 Name of item/skill/NPC with issue: GX job change waiting time 30mins
Type of Issue: Function
Describe the issue: its been more than 24 hours and still cant go into the build of south Veins

I saved up to 5,000,000 zeny and used all my money on this because it said restoration from meat +1500%  because I keep having problems with dying often because I lose HP fast and tried it and it didn't do anything and I took it off and ate a meat again and it did same thing as with the costume on. So I bought this so I could actually have food so I don't die so easy but it doesn't work and now I dont have any money left