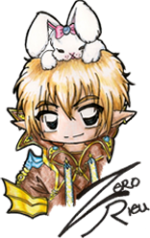 Special thanks to Heimdallr, Oda, Inubashiri, Holden, and GM Team for making this possible.

Also Clearence removing shadow form that is new to me!

It does, it seems that i overwrote it with something else. I'll update the thread tomorrow.

Ranger:
I don't like the way they wrote their trap damage formula...

These look better as there are less fractions with big numbers.

Good to know that Electric Shocker is reduced by Vit as well. I Always thought it was only AGI no wonder my duration tests were so weird. xD

If both Dragon Breath Formula are right the new one will nearly half the Damage and then we get a HP nerf, as well as far as i know, i dont understand that from a pure PvM point of View

Those chance formulas are ABYSMAL! No wonder masquerade tests were so bad. <.< Holy. That is one damn complicated formula that fits the tested data so well! >.<


Is it right? Not

Well, if that is right, THIS is the real meaning of a nerf. Also. No base factor, only variable by DEX and AGI?

Also Despair. Did they scrapped out the idea of making GT:Cure remove it too?

ATK [{(Casters DEX + AGI) x (Skill Level / 5)} x Caster's Base Level / 100] % is the given formula.
By despair you mean song of despair? Information that I have did not mention GT:Cure removing it.
Renovatio deals damage to undead yes, I should probably add that in.

Wow... This is LOW as hell. And badly HAMMERS non-AGI builds. Hehe~~~~~~~ Well, so I get 5 extra points for another chorus skill. Warcry is not as good as I expected, but Sinking is cool.

I am a little confused with the maximum effect of the Choruses though. Like on Sinking. There is the base factor from the skill level, which gives 2 to 10% SP DPS, and 2% per extra performer, "to a limit of 20%". It means the performance is capped on 7 performers [2 casters + 5 extras], but only on level 5. If I use level 3 instead [6% DPS], will my performance be capped at 7 performers or the said 20%, which in this case would be 9 performers?

I am still reading some formulas. Is the Song of Destruction's stun irreductible by stat, like the Hesperus Lit one?

@asayuu: We will not know till we get the balance patch to actually test it out.

@zr0rieu:
You just need a total of 3 or more performers.

I thought Counter slash is supposed to get significant boost, so why is the forumla the same as before the balance patch

It is not the same. It is affected by base level now. XD

not all the skills listed have been changed. Also, did you even test the formula ?

how am i testing a formula's to balance patch we dont have yet? or are they secretly putting the balance patches in the game and not telling us..

The current iRO formula is not affected by b.lvl. You can read about the tests here:

Also zr0rieu is asking if you even tested the current formula not the post balance one.

no didnt, but like i said its dont change fact both those formula are the same formula, there for one them is wrong which mostly likely the pre balance formula specially if the balance one adds base lvl to damage

rectified that problem for you.

Oh and some of the changes such as Clashing Spiral, Acid Bomb etc. are not included here because I don't have specific info on them. However, iRO will get these changes.

Guess it is just like always a waiting game.